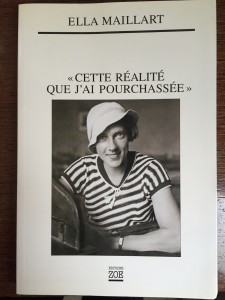 I must welcome the arrival of two books, Jean Bouathier “Aux confins de la Chine” (on the confines of China), and Ella’s correspondence book edited to commemorate the hundredth anniversary of her birth.

I am immersed in Jean Bouathier’s book. Bouathier is a French guy, with an Ethnology Diploma, and he studied in the “Institut National des Langues et des Civilizations Orientales” (Langues’O) which should be a guarantee. Jean speaks Turkish and Tibetan (but no Chinese), and, in June 2002 he starts an expedition in a rented Toyota Landcruiser, with a chain-smoker Chinese driver, and an interpreter, for a total amount of 25.000 Yuan (3.250 Euros). Well, as usual in China, nothing happens as he expects, the interpreter was not waiting for him at the airport, the “all-included” price did not include permits, driver had no idea on how to use a 4-wheel driven vehicle… and his international credit card was refused, leaving him stranded in Xining. Yes, definitively is better to avoid Xining trap 🙂 (more on it in another post) 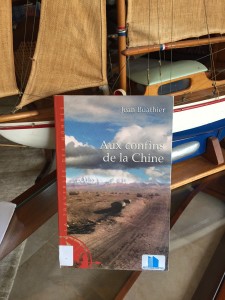 Of course, as often in China, this apparently unmovable obstacles are moved, and trip starts… but Jean does not like Chinese food! or at least, the food served along the road, he is fed up of mutton and noodles. And Jean does not like Chinese music that goes on an on at full power inside the Toyota. Not he likes the blend of tobacco smoke and fuels fumes that seep from additional drums which are inside the vehicle.

But Jean has read Sven Hedin, Maillard and Fleming, he knows about the Lost Cities, and he follows the path Xining-Qinghai-Dzhoun, Golmud, Teijinar, and beyond. He talks about history, Hedin discoveries, people who has traveled this road, he references the places with texts from Hedin, or Maillard… well, the book is easy to read, and interesting.

And… “Voilà Jean”, disguised as an Indiana Jones in sandals 🙂 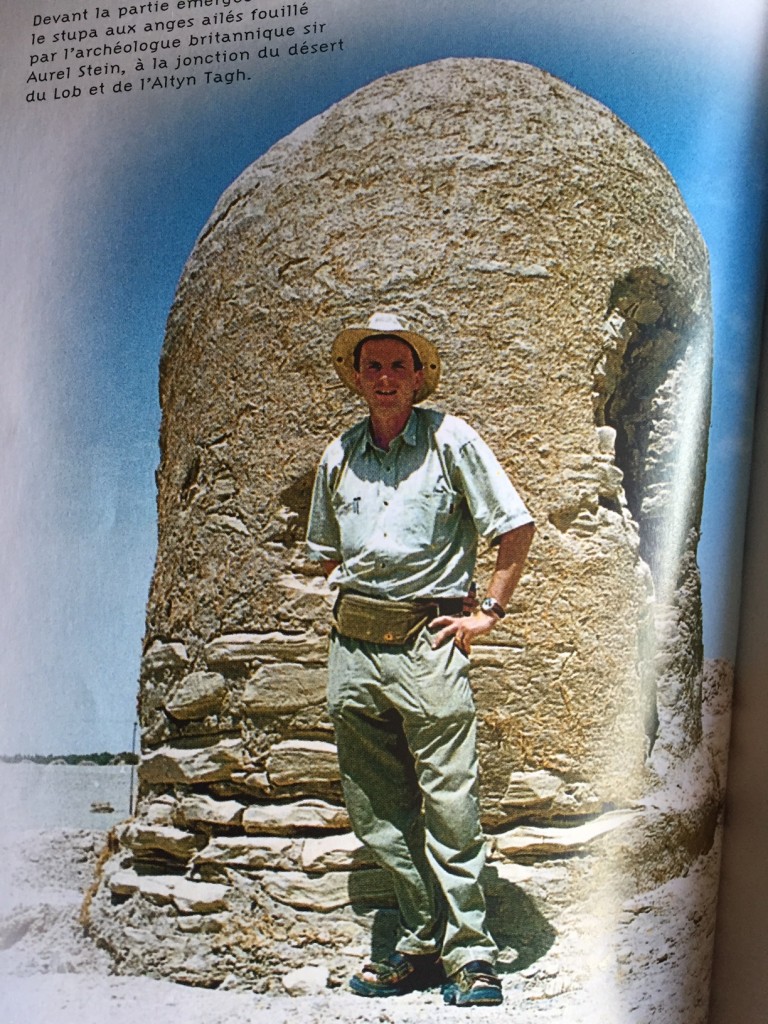 But, what happens to him, places where he sleeps, red tape problems, sand storms, roads that are only in the maps, rivers that are not in the same maps, makes my projected trip to seem impossible. Of course, 2002 China is not 2017 China, it has open somehow, but probably not enough. But, as Orlandini says, when someone talked about the unrest in Singkiang, with two civil wars acting simultaneously, plus the Big Game between Soviet Union, China and UK, plus Chang-Kai-Chech war against communists, plus Japanese invading Manchuria: “If one should listen to all “it is said”, one would never start a trip”.

So, let us go there and hope for the best.

Title Image: Dakar Rally bivouac in the Atacama Desert (detail) from the author

📂This entry was posted in 2016 📎and tagged Bouathier Orlandini

« Setting sails towards South Silk Road in Spring 2017. Xinjiang Travel: where to start? »