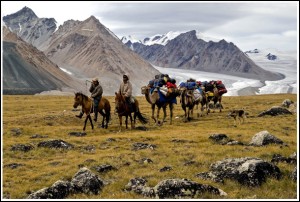 July, 1st, 1935, Ella and Peter left Keriya. They left there the Byronian-eyed camel “Pearl of the Tsaidam”, also camel Number 2, and Cynara, the mare that Peter traded for Greys at Issik Pakte, when it was clear that Greys cannot continue. Their caravan was a small one, although impressive: Four donkeys, Kini’s stallion (rather sick) and a horse with old galls for Peter, plus Aziz, their guide, and Tuzun Ahun, a guard with his horse who had received orders from the aksalal in Tchertchen to convey them to Kaskgar. That was impressive!

And really, it seems that Peter did not like too much this part of the trip:

“and before the stage was half over, I discovered that his back was a mass of old galls. So I did the last three hours on foot”

“I found the others in a place called Karaki, where no food of any sort was available”

“Next day we started early. I abandoned my horse and did a grilling nine-hour march on foot”

“At noon we we went on, the heat was terrible” (by the way, we will be there two months early which is not bad)

“Towards dusk, we came to Chira (…) to hot and tired to care that I was loosing face by traveling on foot”

“Our inn, in Chira, was grubby and unspacious. Flies, which now played in our life the baleful part formerly allotted, by an inscrutable Providence, to mosquitoes, abounded” (of course we should expect flies, mosquitoes, and probably some fleas, too)

“Our miserable donkeys from Chira were played out (..)”

and it goes on and on, until the Caravan arrives to Khotan (Hotan), on July 6, 1935, after 5 miserable stages, although sleeping in oasis: Kariki, Chira, Bäshtograk and Lop

It is important to note that almost all the humankind has traveled as they did, during 3.000 years and even more. This kind of travel now is a choice, as travelers on the “Camino de Santiago” know well.

After the photo you will find links, Photos information, contact form and area map 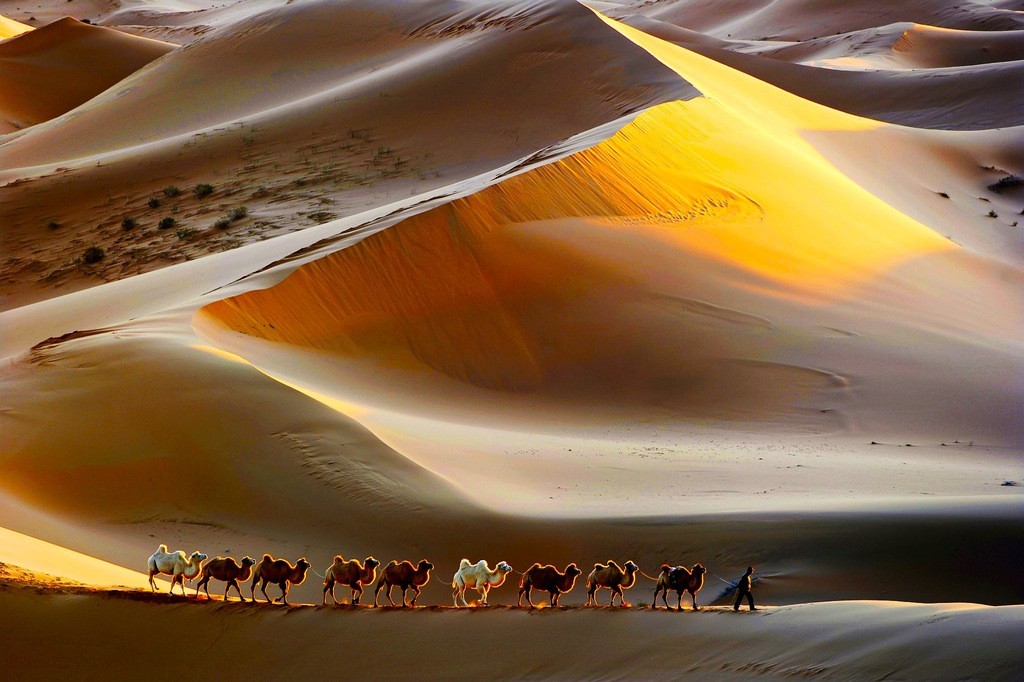