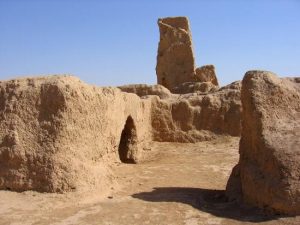 Things become interesting from Qiemo until Da Qaidam Zhen, on the “Mongol” side of the Altun Mountains.

There are buses from Qiemo (Cherchen) to Rouquiang (Charkilik) (or, at least, quite a lot of bloggers have done this stretch of route by bus), so I assume that to find a bus full of smoking (and expectorating) people is not big deal. But… in Google Earth there are a lot of photos following the Cherchen River, which means that there should some kind of road there (and probably some tours too).

I took a picture of my Google Earth screen in which you may see two different and almost parallel itineraries: the South one, which follows the road, and the North one, marked by the string of picture marks (alas, the map is a photo of the Google Maps, so, links do not work, but in Google Earth you select Qiemo, and you will have direct access to them). My idea is to locate a car and a driver beforehand, from Europe, through a Chinese agent, and then to travel one or two days through the desert following the Cherchen Hen, probably making a bivouac, should the weather be favorable (and the driver agree) 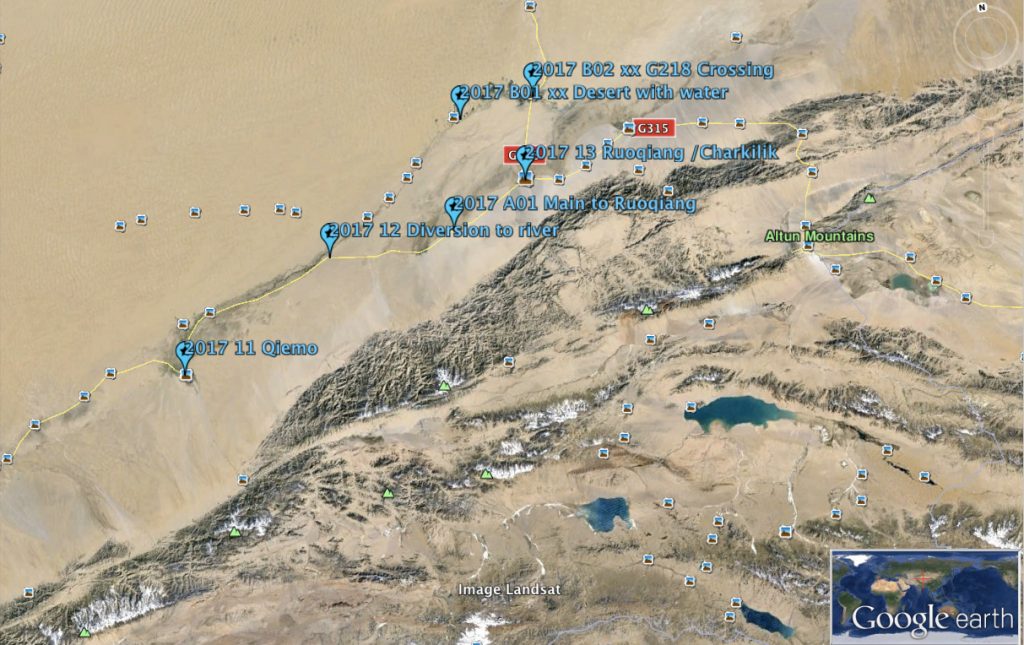 So, either we take a bus and the road, or we live one of the two adventures of this trip. Because of course, going to a desert and following the tarred road is like to go to a Restaurant and ask for a hamburger… it can be done, but…

Of course, what would be unforgettable is to skip Ruoqiang, and proceed directly through the Altun reserve to Issik Pakthe and Teijinar, but it seems impossible due to the high prices of the permit… but… who knows?

« Pietro Orlandini, a rowdy Italian, in China in 1934 and his bike ride in the Takla-Makan A diversion in Qiemo or map-makers horror vacui »