Sunday, May 21, 2017, Ruoqiang to Mangnai Zhen by minibus… if possible 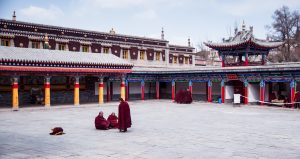 So, we leave the Xinjiang to enter the Qinghai. From Lonely Planet Qinghai Guide: “Big, bold, and beautiful barren, Qinghai larger than any country in the EU, occupies a vast swathe of the Northeastern chunk of the Tibetan Plateau. In fact, as Tibetans are concerned, this is the Amdo, one of the old Tibet’s three traditional provinces. Much of what you’ll experience here will feel more Tibetan than Chinese; there are monasteries galore, yaks by the hundred and nomads camped out across high-altitude grasslands.

Rough and ready, Qinghai is classic off-the-beaten-track territory, often as a last frontier feel to it. Traveling here can be both inconvenient and uncomfortable, though China’s rapid development plans have begun to touch the province, with huge railways and new rail lines under construction.

Despite that, Qinghai still delivers a high dose of solitude among middle-of-nowhere high-plateau vistas, Martian-like red mountains and encounters with remote communities of China’s ethnic minorities”

This (and 13 pages more) is all what LP has to say about a province bigger than any country in the EU. 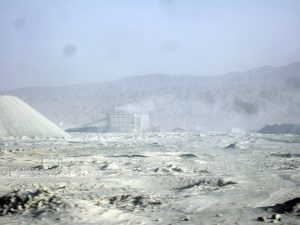 On Sunday May 21 of the next year we plan to leave Ruoqiang to Mangnai Zhen, which is a mine “town”. Village may be. LP guide says that there is a bus from Ruoqiang to Golmud. May be, may be not, as it happens often in China. Other travelers found themselves stranded in Ruoqiang (not so long ago, in 2014), and arrived to Mangnai Zhen in a shared car (very) full of smoking miners, which, at 4.000 m, may be a powerful experience.

Mangnai Zhen is an asbestos mine, and the photo shows the pollution on the countryside (no, it is not snow) as one of the cyclists of may previous post specifies :).

And, on the next post, we will talk about the Tsaidam (also spelled Qaidam) Basin, which is the area we just entered, and that finishes in Golmud. Teijinar is in its center. Moreover, searching for Qaidam, I saw that an american expedition found in 2002 metal pipes belonging to an ancient (or alien) civilization…

Photo Credits: Featured Image a mine in Atacama, near Copiapo, from Carlos Griell
Other photos from Internet. Second one from a blog of a briton who wanted to break all Silk Road speed records. An example that I do not plan to do link -> The fast briton blog
Last one from Internet 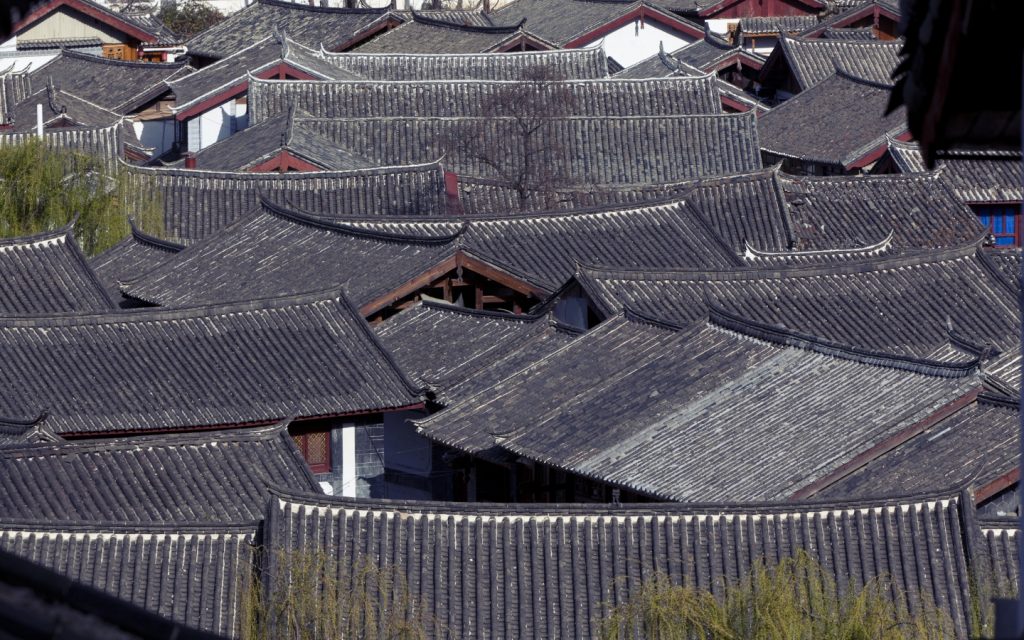 « Cycling through the Altun Mountains (and living to explain it) Traveling abroad is always complicated. And specially, in China. »