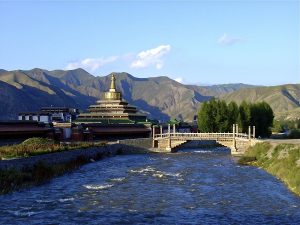 We start the last stage of our journey either in Golmud or in Delingha, depending on the logistics. As I said on the preceding post (link) Delingha seems a city difficult to visit by non-Chinese, and Golmud is a dull, boring city.

But in any case on our way to Xining, we will enter Amdo, a separate cultural area, not a political region, nor now, nor when the territory was under Tibetan rule, but it is a cultural region, marked by Tibetan faith and tibetan monasteries,whose density (link) is paramount to Europe in the Middle Ages. Photo at left is a Stupa in Labrang Monastery

This is a map of Amdo, with Chinese regions boundaries underneath 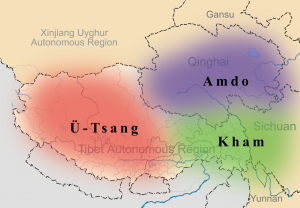 Most of the monasteries were destroyed during the Cultural Revolution, and they strive to recover with (a little) help of the Chinese Government. As, per exemple, Labrang Monastery:

At its height the monastery housed 4,000 monks. Like so many religious institutions, it suffered during the Cultural Revolution; and the monks were sent to their villages to work. After it was reopened in 1980, many of the monks returned; but the government restricted enrolment to around 1,500.

Two views of the Labrang Monastery 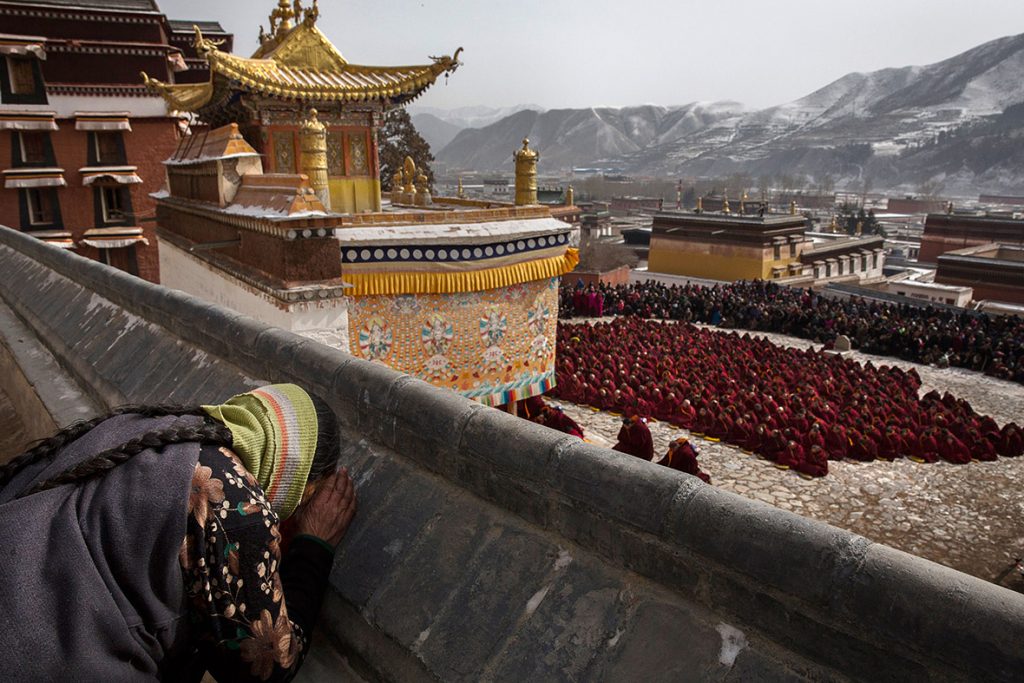 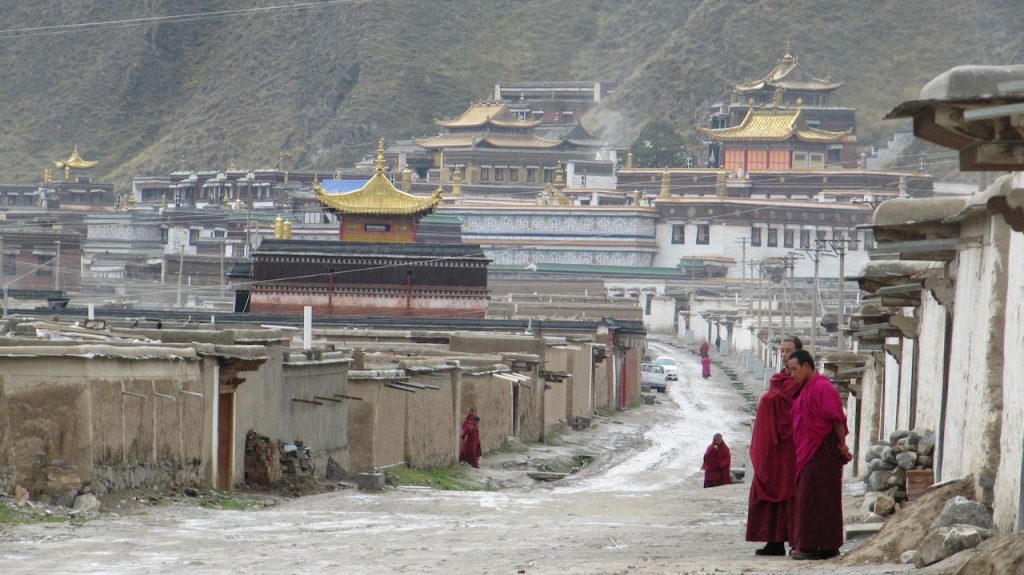 There is a division in Tibetan Buddhism, which divides in sects that will be explained in the next post, but, at this point, we may divide them in “Red hats” (the Old Tradition) and “Yellow hats” (Gelug). The Dalai Lama belongs to the Gelug. “The “Way of Virtue” (Gelug) school was originally a reformist movement and is known for its emphasis on logic and debate. The order was founded in the 14th to 15th century by Je Tsongkhapa, renowned for both his scholarship and virtue. Its spiritual head is the Ganden Tripa and its temporal one the Dalai Lama. The Dalai Lama is regarded as the embodiment of Avalokiteśvara. Successive Dalai Lamas ruled Tibet from the mid-17th to mid-20th centuries.”

Labrang seems impressive, and may be an interesting diversion is to travel from Qinghai Lake to Labrang (270 Km), and from there to Xi’an (570 km)