Buddhist Monastic Life and the Vinaya -1- 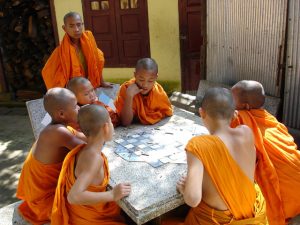 Buddhist Monks are called Bhikkus (“who lives from alms”). Originally, Bhikkhus were people who left everything beneath them and lived on alms, like Jesus’ disciples. Bhikkus wandered the countryside, they stopped somewhere, where they spoke the teachings of Buddha. Lay people feed them, and gave them cover. During the three months of the Monsoon, they gathered together in temporary shelters, which become monasteries later on.

Life in a Buddhist Monastery is fixed by the Vinaya, a set of rules equivalent to St.Bernard rules. As a difference to Catholic monasteries, in which the monastery was supposed to be economically autonomous, the Buddhist Monastery lives on alms given by lay people. Catholic Monasteries (at least some of them) accumulated wealth, and its consequence, greediness while Buddhist monasteries remained poor.

The way of life in a Buddhist monastery is, essentially, contemplative, based on personal introspection, with techniques such as repetition of Mantras or music to reinforce a states of meditation.

The Vinaya, as laid down by the Buddha, in its many practical rules defines the status of a monk as being that of a mendicant. Having no personal means of support is a very practical means of understanding the instinct to seek security; furthermore, the need to seek alms gives a monk a source of contemplation on what things are really necessary. The four requisites, food, clothing, shelter and medicines, are what lay people can offer as a practical way of expressing generosity and appreciation of their faith in belonging to the Buddhist Community.

A monk must have all eatables and drinkables, with the exception of plain water, formally offered into his hands or placed on something in direct contact with his hands.

In accordance with the discipline, a monk is prohibited from eating fruit or vegetables containing fertile seeds. So, when offering such things, a layperson can either remove the seeds or make the fruit allowable slightly damaging it with a knife. This is done by piercing the fruit and saying at the same time ‘Kappiyam bhante’ or ‘I am making this allowable, Venerable Sir’ (the English translation). It is instructive to note that, rather than limiting what can be offered, the Vinaya lays emphasis on the mode of offering. Offering should be done in a respectful manner, making the act of offering a mindful and reflective one, irrespective of what one is giving 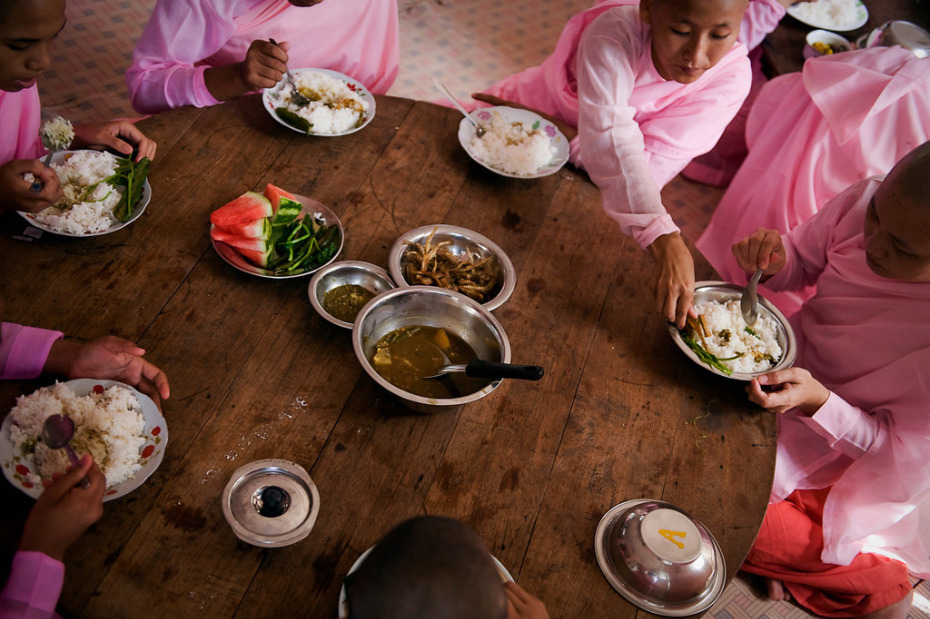 A monk is allowed to use medicines if they are offered in the same way as food. Once offered, neither food nor medicine should be handled again by a layperson, as that renders it no longer allowable. Medicines can be considered as those things that are specifically for illness; those things having tonic or reviving quality (such as tea or sugar); and certain items which have a nutritional value in times of weakness, hunger or fatigue (such as cheese or non-dairy chocolate).

The principles of mendicancy forbid a monk from asking for anything, unless he is ill, without having received an invitation. So when receiving food, for example, a monk makes himself available in a situation, where people wish to give food. At no time does the monk request food. This principle should be borne in mind when offering food; rather than asking a monk what he would like, it is better to ask if you can offer some food. Considering that the meal will be the only meal of the day, one can offer what seems right, recognising that the monk will take what he needs and leave the rest. A good way to offer is to bring bowls of food to the monk and let him choose what he needs from each bowl. 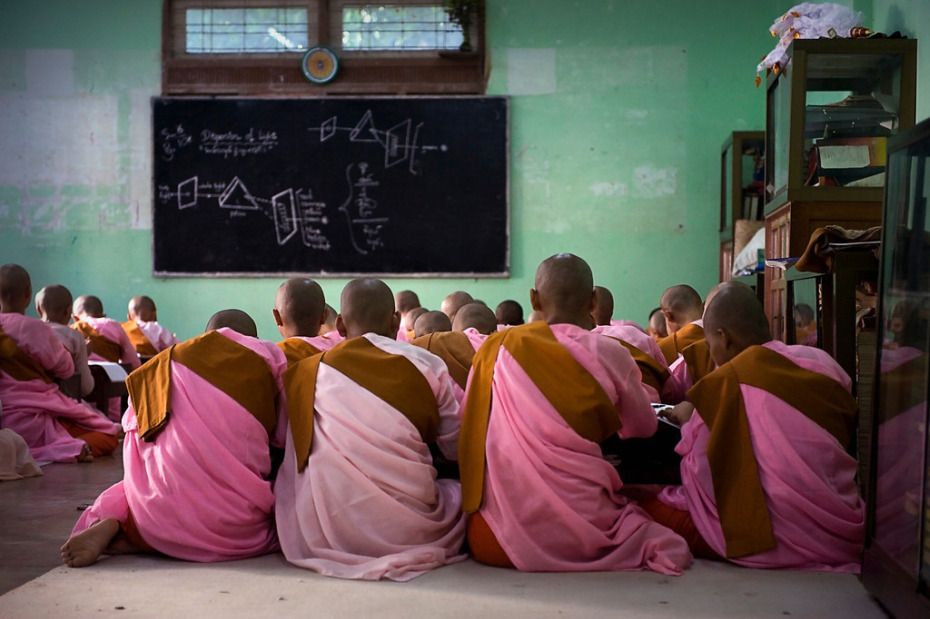 Photo credits: from the internet, please, leave a message if you have the copyright

One Response to Buddhist Monastic Life and the Vinaya -1-