Thanks to Umberto Eco’s the Name of the Rose, we all know the architecture of a Cistercian Monastery: the Church, and next to it the Cloister which is the Center of the public life of the Monastery. Monks sleep in the Dormitorium, which is open to the Cloister’s second floor, and pass their time on the ground level, either in the garden, in the Scriptorium or in the Refectorium. Next to it, logically, stands the kitchen. Usually there is a direct entrance to the Cloister, with storage for goods. The (usually spectacular) Capitular Hall opens, alone, towards the Cloister

The abbot has his own appartments, usually in another building. 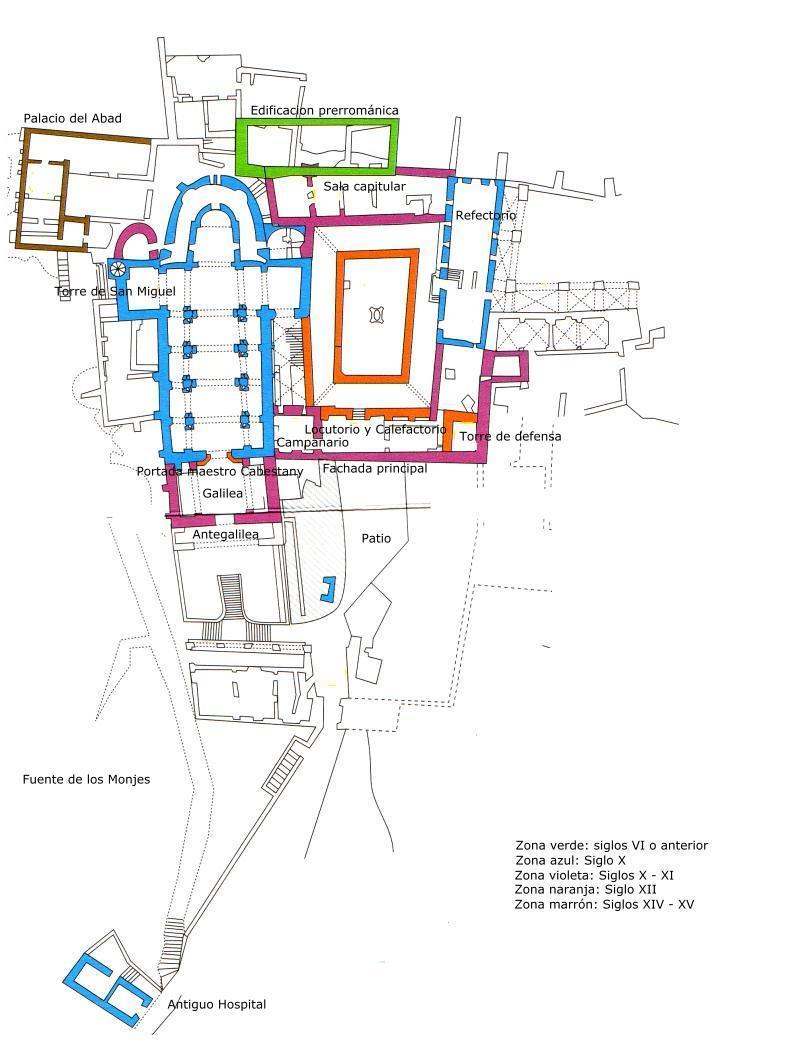 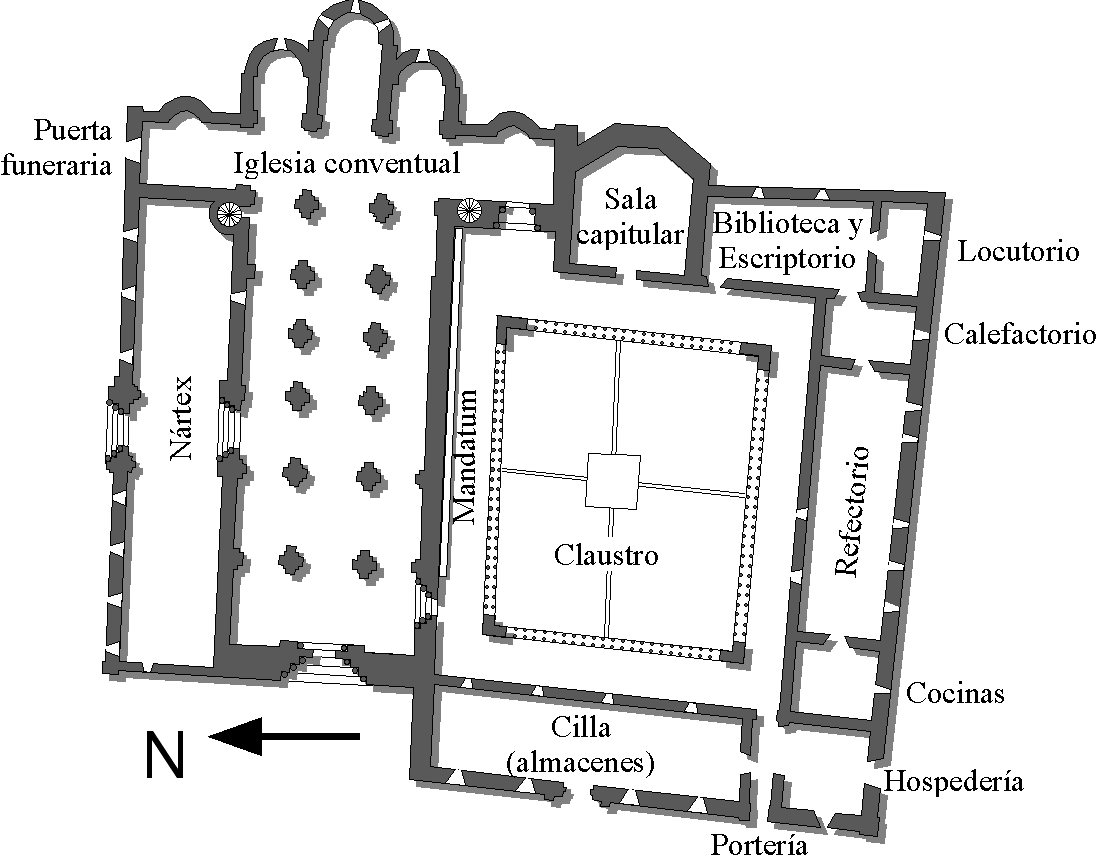 So, it is easy, when entering a new monastery, to understand its structure, because all follow a similar pattern.

Does Buddhist Monasteries in China follow some kind of plan?

Well, this is a Buddhist Monastery Plan 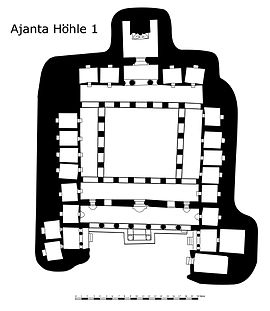 A “standard” Buddhist Monastery includes:
– the vihara (or the Prayer Hall) with cells for monks
– the pagoda (an evolution of the Stupa), place in which to worship sacred statues or relics, usually at the opposite side of the Vihara entrance

I n the second century BCE a standard plan for a vihara was established. (…) It consisted of a walled quadrangular court, flanked by small cells. The front wall was pierced by a door, the side facing it in later periods often incorporated a shrine for the image of the Buddha. The cells were fitted with rock-cut platforms for beds and pillows (Mitra 1971).

As the symbol of Buddhism where people climb to have a bird’s-eye-view, it is often erected in temples. Pagodas can be made of stone, wood, colored glaze or metal. Pagodas have an odd number of layers. Seven-layer and Nine-layer pagodas are commonly built. The shape of cross-section is rectangular, eight-sided or even circular. Initially, the pagoda served as the central axis alongside which rows of halls and monks’ rooms spread out. Later, pagodas were built near the main palace hall

Before Buddhism, great teachers were buried in mounds. Some were cremated, but sometimes they were buried in a seated, meditative position. The mound of earth covered them up. Thus, the domed shape of the stupa came to represent a person seated in meditation much as the Buddha was when he achieved Enlightenment and knowledge of the Four Noble Truths. The base of the stupa represents his crossed legs as he sat in a meditative pose (called padmasana or the lotus position). The middle portion is the Buddha’s body and the top of the mound, where a pole rises from the apex surrounded by a small fence, represents his head. Before images of the human Buddha were created, reliefs often depicted practitioners demonstrating devotion to a stupa

The practitioner does not enter the stupa, it is a solid object. Instead, the practitioner circumambulates (walks around) it as a meditational practice focusing on the Buddha’s teachings. This movement suggests the endless cycle of rebirth (samsara) and the spokes of the Eightfold Path (eight guidelines that assist the practitioner) that leads to knowledge of the Four Noble Truths and into the center of the unmoving hub of the wheel, Enlightenment. .

Here are three images of the Shaolin Monastery, in Henan Province 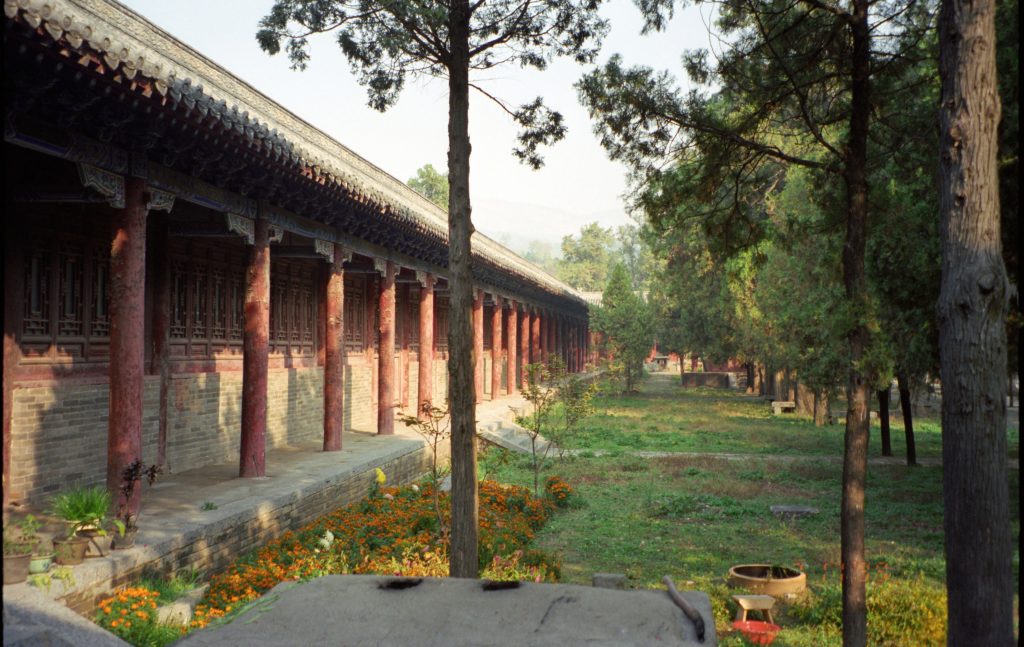 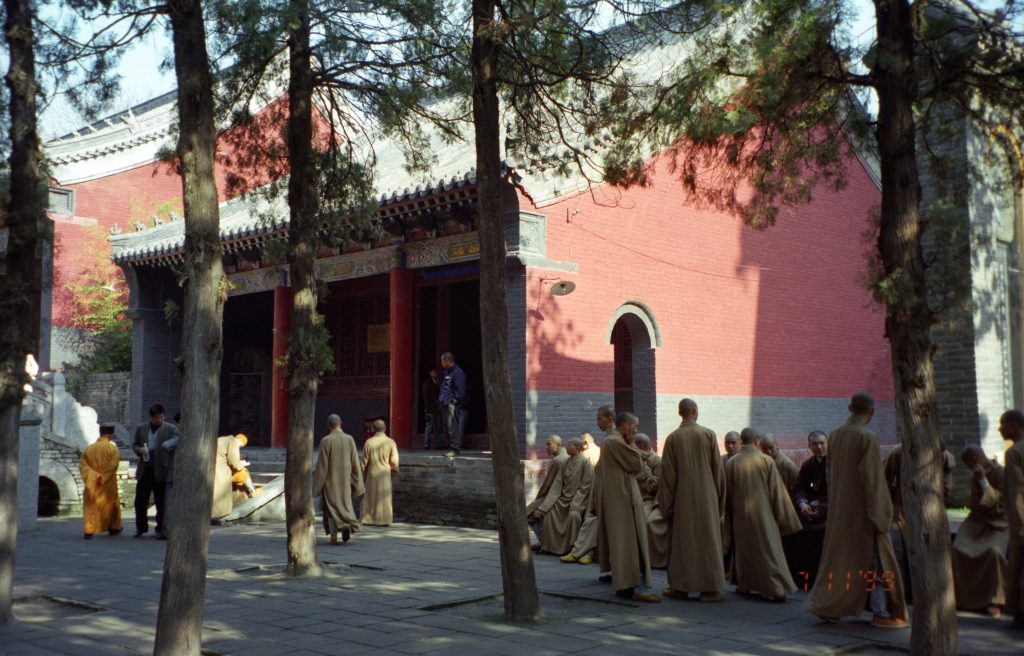 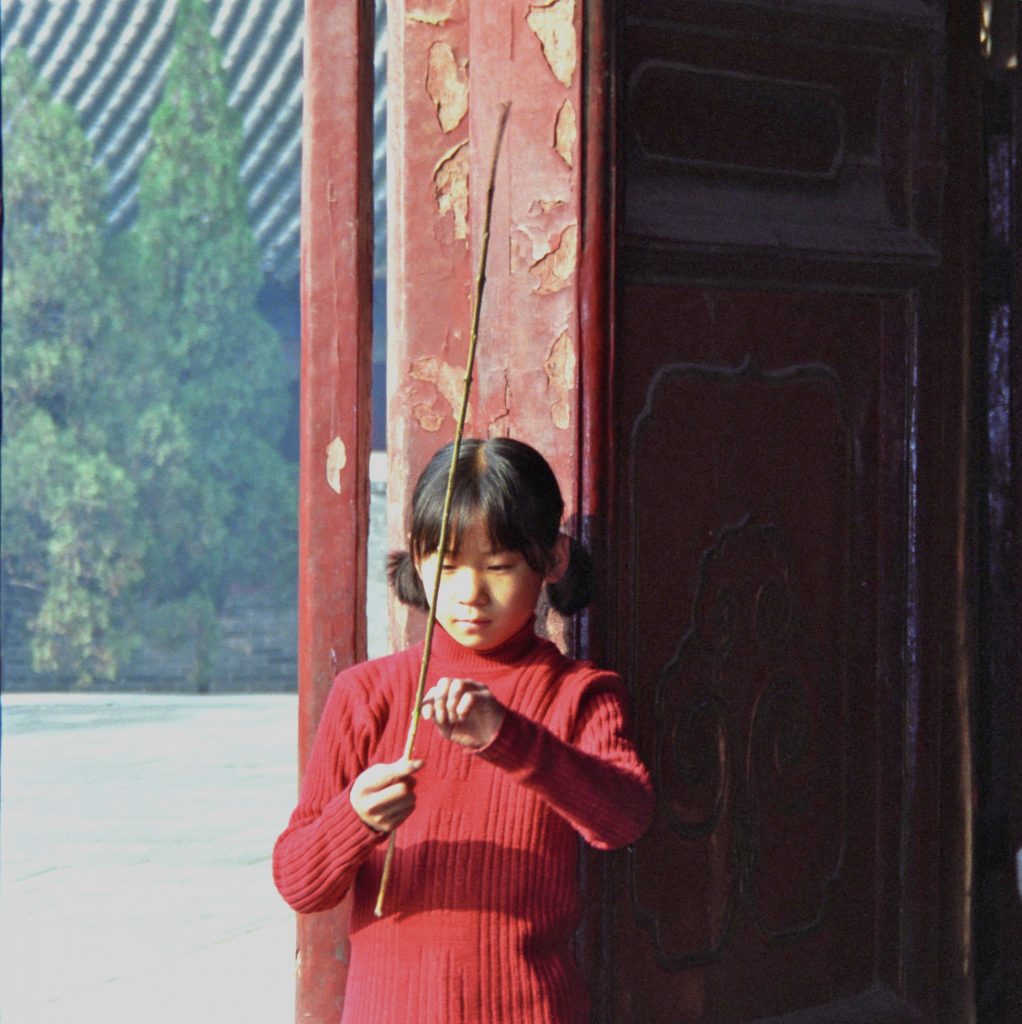 One Response to Buddhist monastery architecture in China (1). General View