Buddhist Monasteries. A primer on Structure and Iconography (1)

When the pilgrim enters a Catholic Monastery, Shrine or Church there are statues and/or paintings of different people, either Saints, or Vergins, or Martirs. Traditionally we all know who they are due to their respective iconography, say, Saint Anthony has always lilies (he devoted his Purity to the Christ in front of the altar the Blessed Virgin Mary – BTW, the interest on the sexuality of the Saints is a constant in Catholicism -), a book and Jesus young boy is in his arms. So, when we see a statue or a painting that shows a man, with some lilies, a book and bearing a boy, there is no need to ask, you may start preying to get an spouse (he is the Saint to pray if you want to do a good wedding). 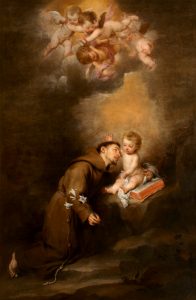 When you see a woman bearing his eyes in a tray, you got it, you are in front of Saint Lucy 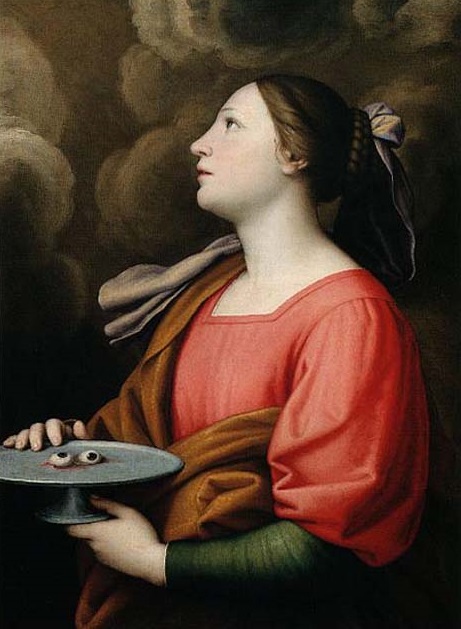 and, if instead of his eyes, the tray shows her breasts, you found Saint Agathe.

Sometimes, the painter may decide to represent the sadistic act in itself 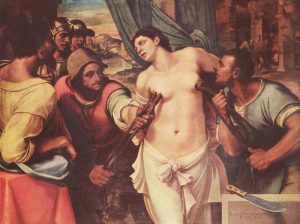 We may ask… is something similar in Buddhist monasteries? Is there a similar iconography? In Western countries we are used to the “standard” representation of Buddha, the Meditating Buddha 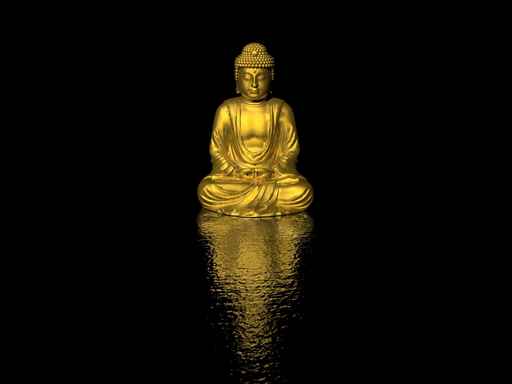 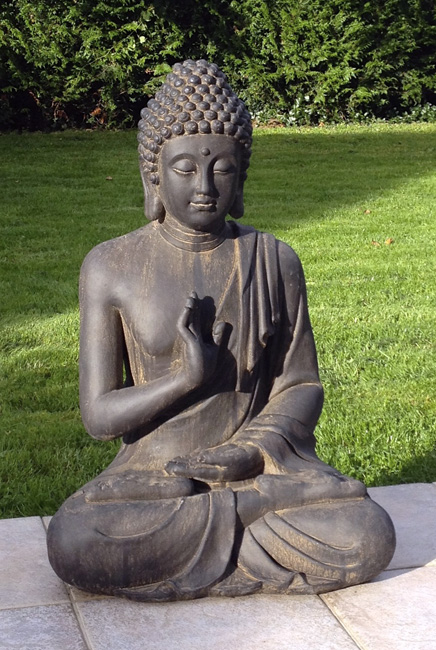 But Buddhist iconography is, at least, as rich than Catholic

Pilgrims enter a Buddhist monastery, usually though a gate with no doors, the Paifang (the Torii in Japanese Temples) with multiered roofs. 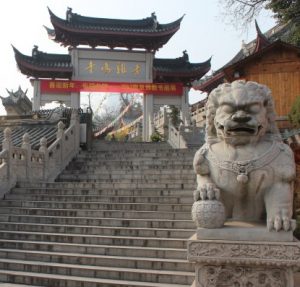 In front of the temple is a wall (that may have dragons on it if the Temple is sponsored by the Emperor), called Yingbi or Zhaobi (Shadow Wall). The aim of this wall is to stop evil spirits (it is well known that nor ghosts nor evil spirits can turn corners)

Then he finds a gatehouse, usually flanked by grimacing guardians. They signify the beginning (Open Mouth) and the end (closed mouth) of everything 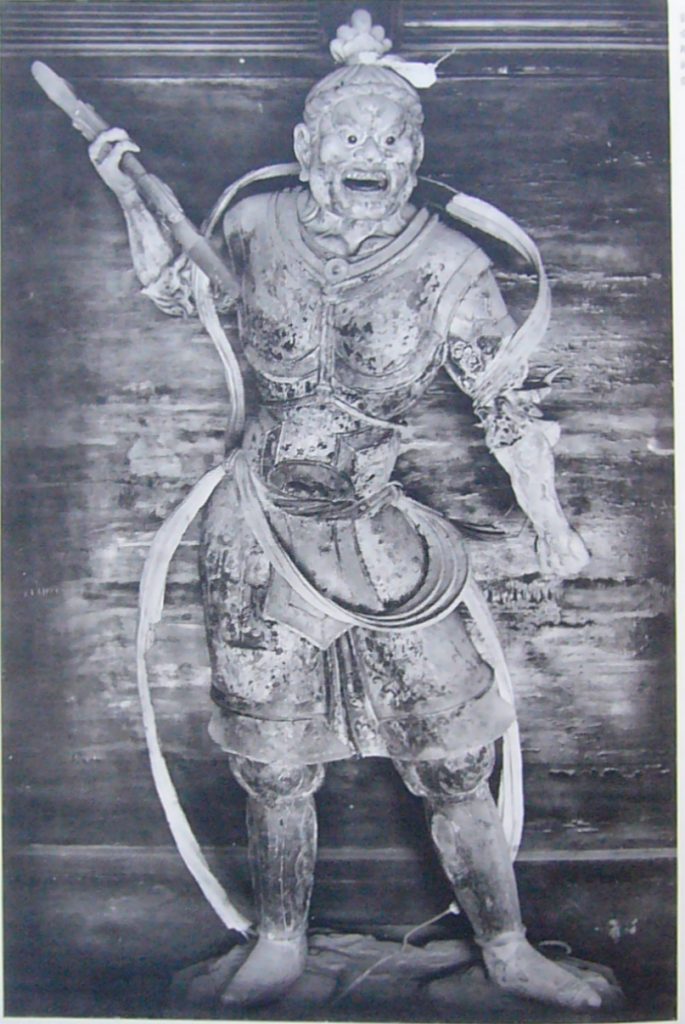 Once the gate has been passed, pilgrim enters the first courtyard with a brazier in it, which is not intended to burn anything, but to collect alms. As a matter of fact, pilgrims throw coins in them for luck.

There are then two towers, simetrically disposed one is the drum tower, and the other the bell tower, more important

Then the pilgrim access the first building of the temple, the “Hall of Heavenly Kings”. Passing the doors pilgrims are confronted with an altar, and the “smiling buddha” (Mi-Lei-Fwo) 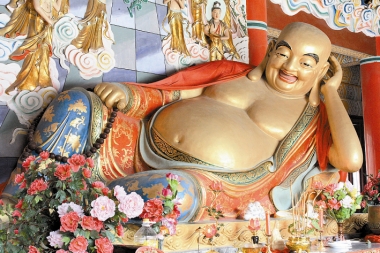 The Hall of Heavenly Kings includes the four statues of the guardian Gods, which protect the Dharma. They defend the Devas (Gods) from the attack of the Asuras (Demons)

Each Guardian God has his own iconography
– Duo Wen Tian is the King of the North and carries a mongoose (generosity) and an umbrella as status symbol. The umbrella darkens the battlefield and blows winds against his ennemies. His skin in white, yellow or blue
– Zēng Zhǎng Tiānwáng is the King of the South and carries a sword. When he throws the sword towards the sky, it becomes lightning bolts wich defeat monsters and ghosts. His skin is blue, green or black. He is the leader of pot-bellied dwarves
– Chí Guó Tiānwáng is the King of the East. He carries a chinese lute, and when he plays it, his enemies are deafened and suffer terrible headaches. He is skin-coloured, and he rules over heavenly spirits who are wonderful musicians
– Guăng Mù Tiānwáng is the King of the West. He carries a naga (a water snake) that he may throw in the air, thus drowning his ennemies. He is red-skinned and he rules over the nagas

In the Hall of Heavenly Kings, directly behind Mi-Lei-Fwo, often separated by a wall, and facing the interior of the temple, is the great deva Wei-to, the Projector of Buddhist temples and the Faith. He is depicted clad in full armour and holding either a gnarled staff or a sceptre-shaped weapon resting on the ground. He is always facing the Great Hall known as the ‘Ta-Hung-Pau-Tien’ which is separated from the front hall by a wall or a courtyard. 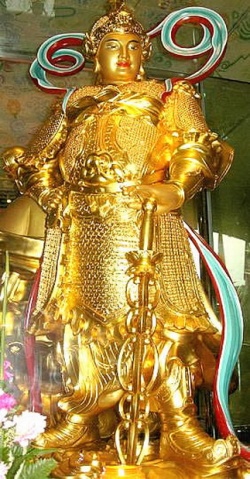 « Buddhist Monastery architecture in China. Vihara (and 3) Buddhist temples, a primer in structure and iconography (2) »