We decided to start our trip in Kashgar, and go East, towards Xining, in the Qinghai, 2.700 km (1,700 miles) away. When planning the trip, I thought that it would be quite easier to manage everything in a – relatively – small city as Kashgar is, and tourism oriented than in a big city, from where zillions of buses would depart in a zillion directions. After our three week trip, When arriving to Xining, we found that to find the correct bus to go to the Kokonor may not have been so difficult. But, by then, we had learnt a lot on how to manage to buy tickets, and we had also a bidirectional translator app, and a map in Chinese.

Kashgar has an “Old Town” which is new…. it is sad, absolutely sad, but Chinese authorities in the last 20 years tore down the old city

View from one of the old remaining streets, next to the bazar 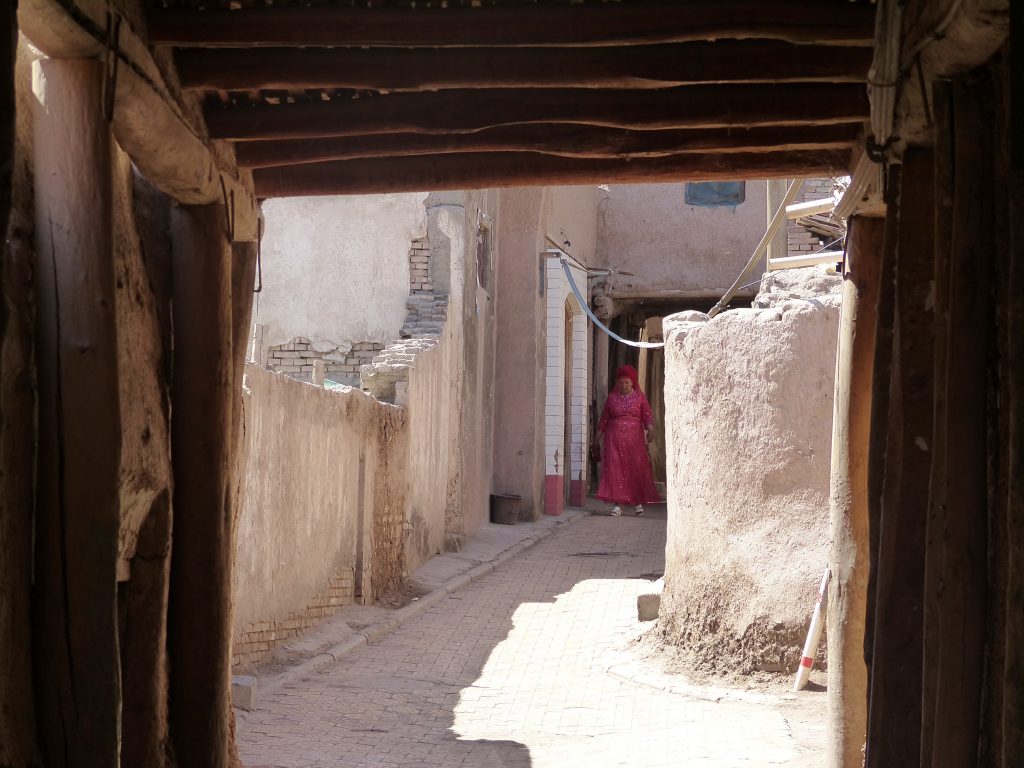 Interior of a house, still in the old town, with the kah’n (platform) present everywhere 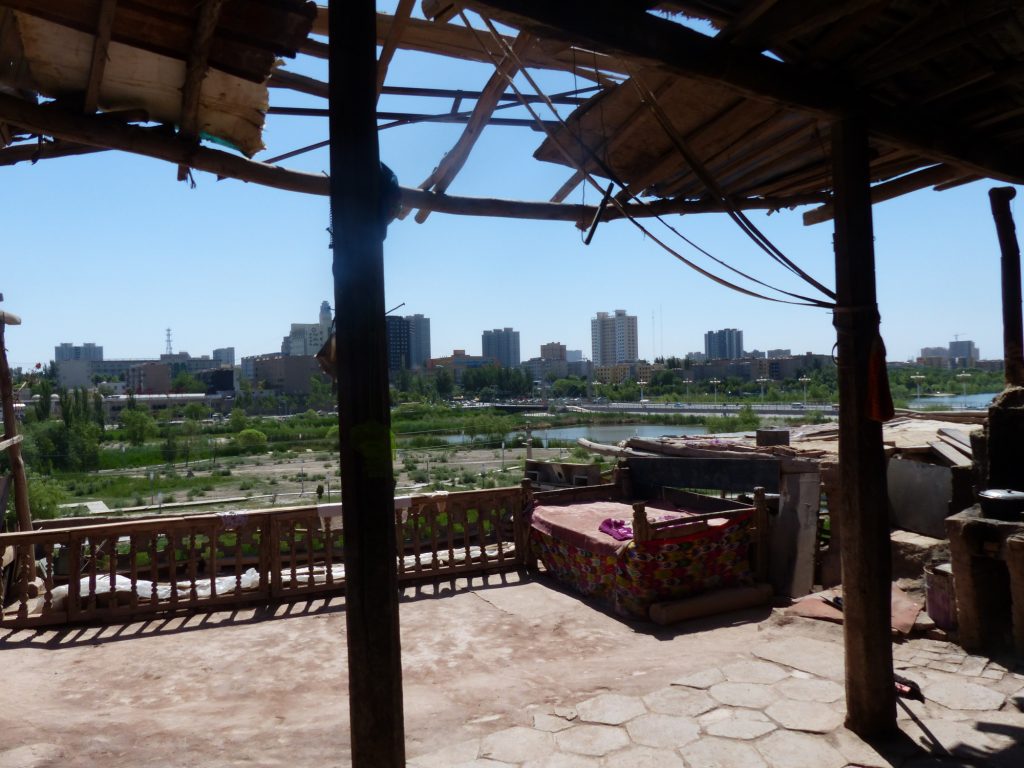 All tore down to make place to the “new” city 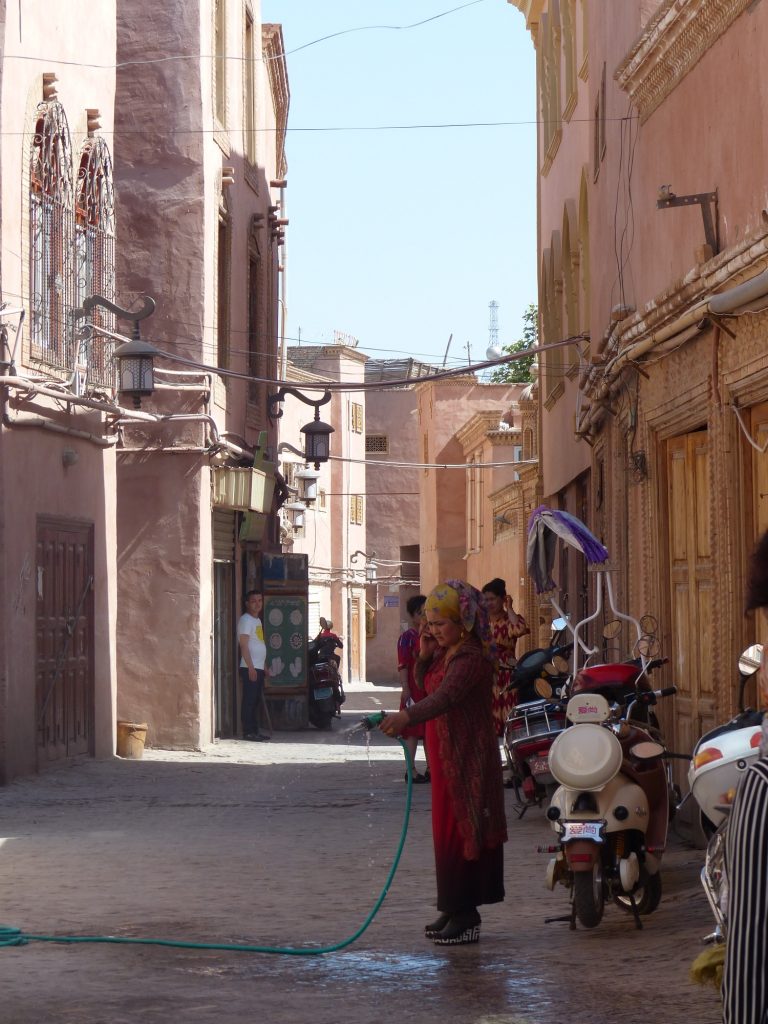 Constructions are done certainly with good taste, and with a flavour of old times, although they seem to have been passed through a Disney’s sieve.

Kashgar market was a disappointment, instead of silk, Chinese contraptions (50% silk, 50% artificial silk), everywhere the same stuff, and cheap tableware, some (probably fake) furs, a lot of cheap electronic appliances, phone chargers, some low degree jade, and jade stones, but, in general nothing too different to what you may find in a street market in Barcelona (although in Barcelona you also may find one century old stuff, not exactly antiques, but … ).

Anyhow, I finally have arrived to Kashgar market, and this was exotic enough. 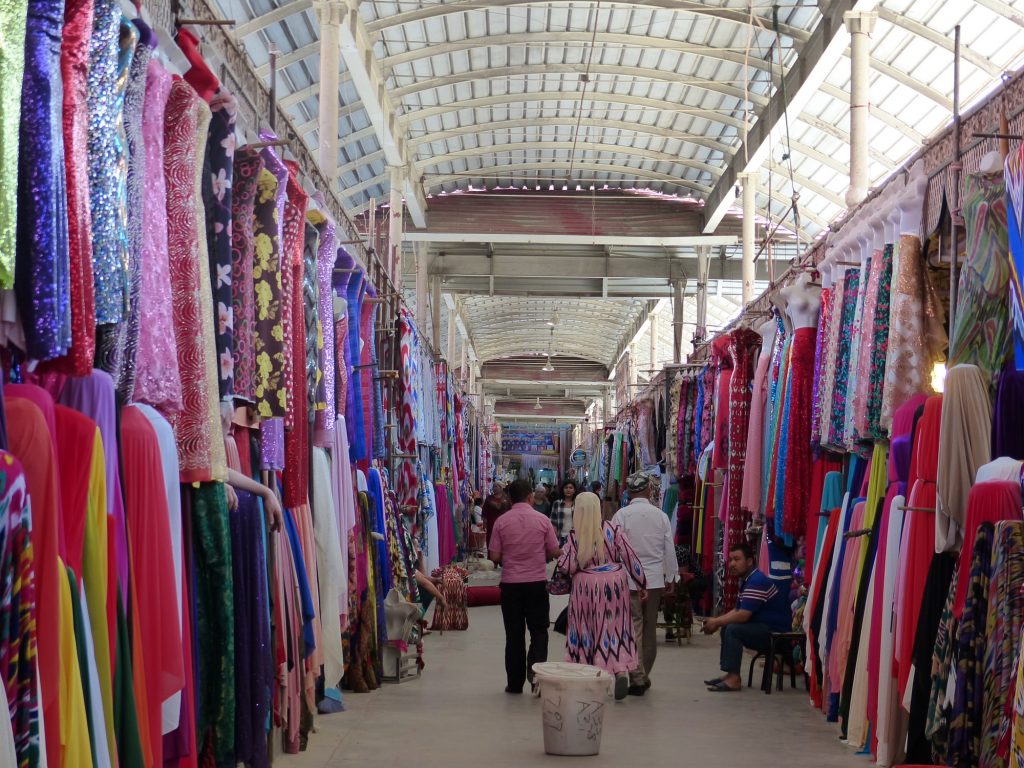 Kashgar’s street life was definitively oriental, bursting of life, old shops, food market stalls everywhere, but, the sole camel I saw was a sad animal waiting for tourists that will never came, at least while the political situation is what it is. I thought I would traveling back in time, and instead I was traveling ahead of it 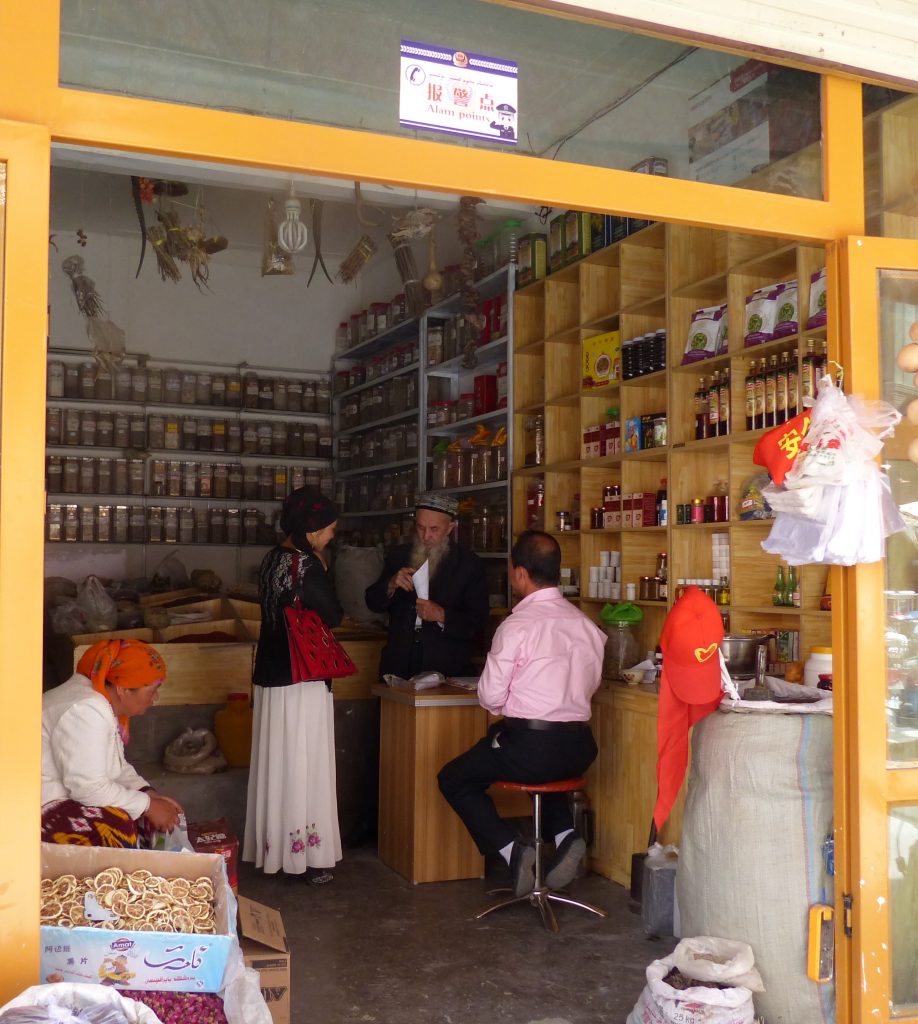 Repairing sewing machines in the street 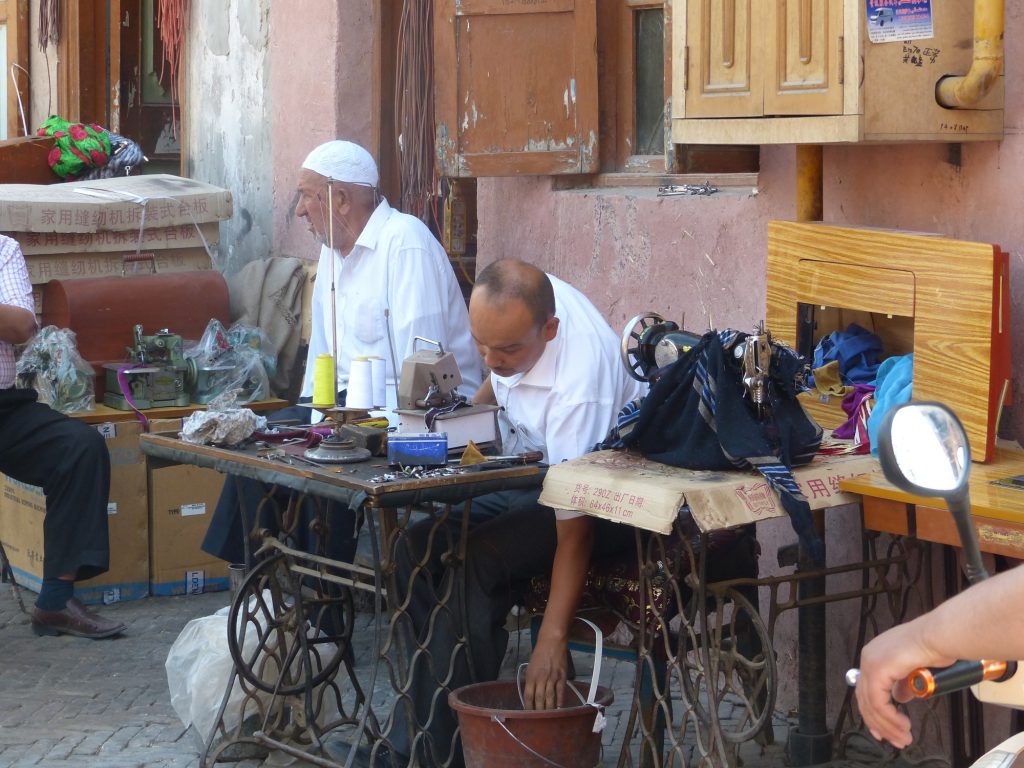 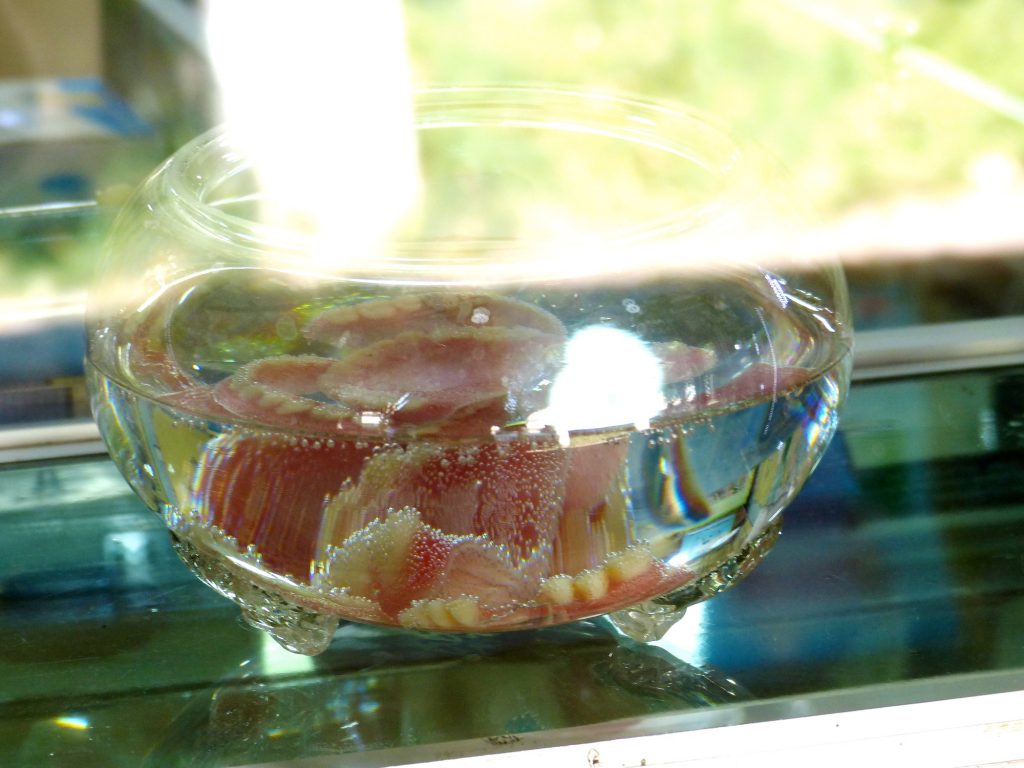 A noodle seller stall in the food market 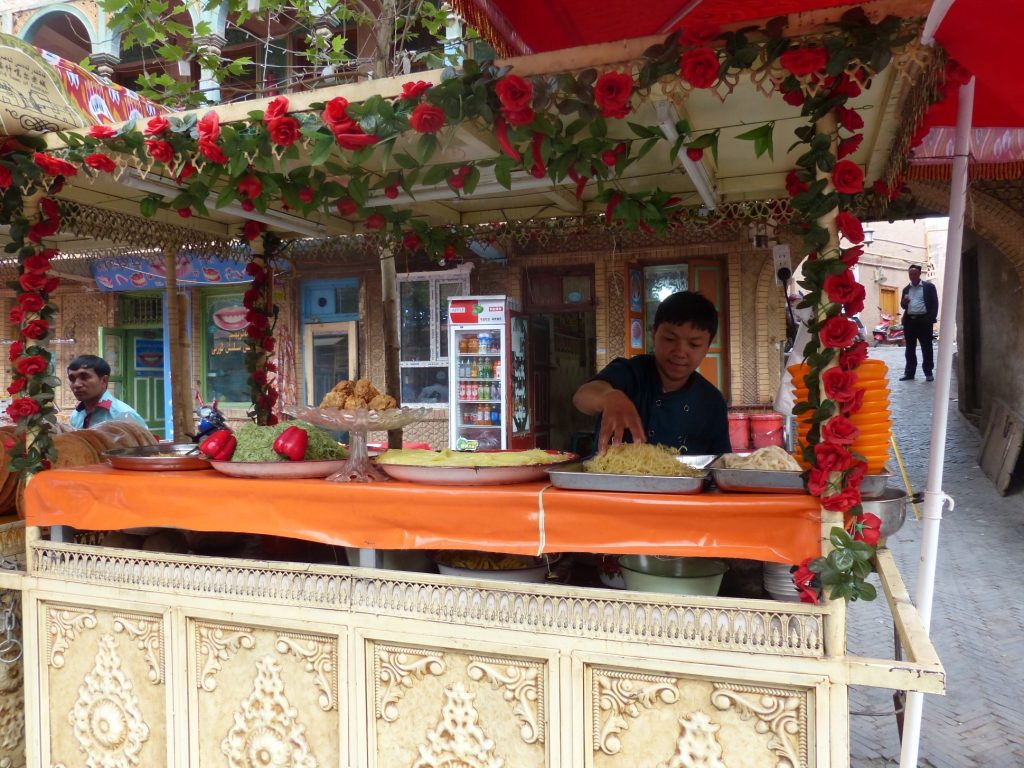 General view of the food market, all stall are identical!! 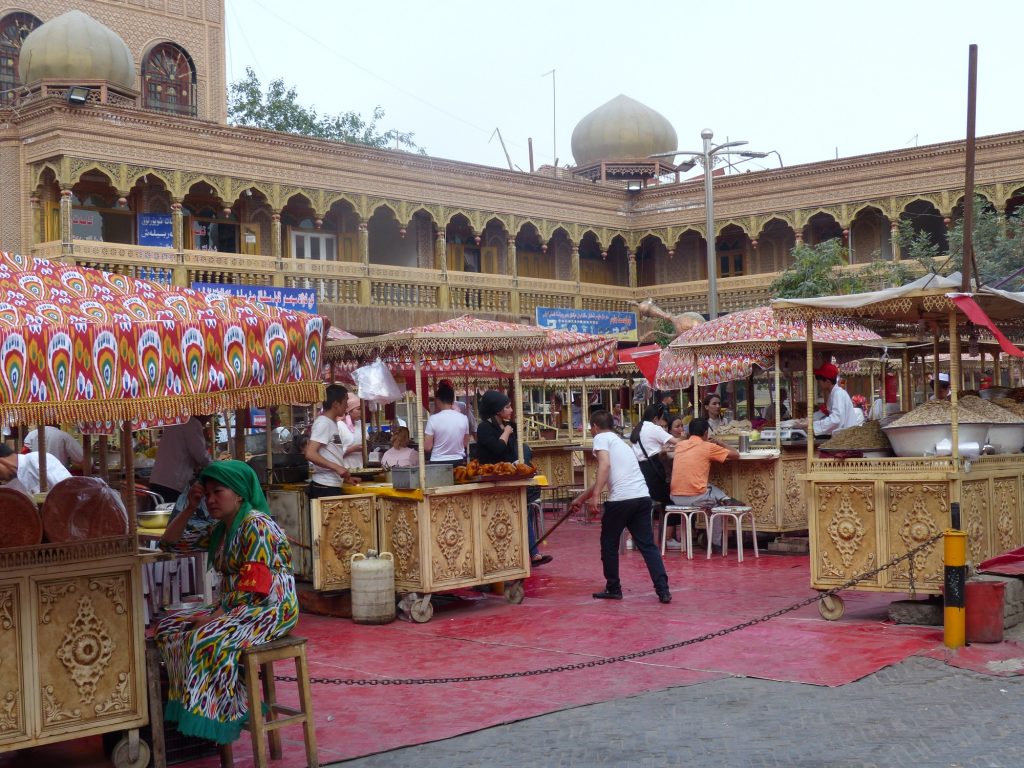 I may seem heretic, but Kashgar “old town” remembered me of Disney’s Orlando, everything built a few years ago with the will to seem old. 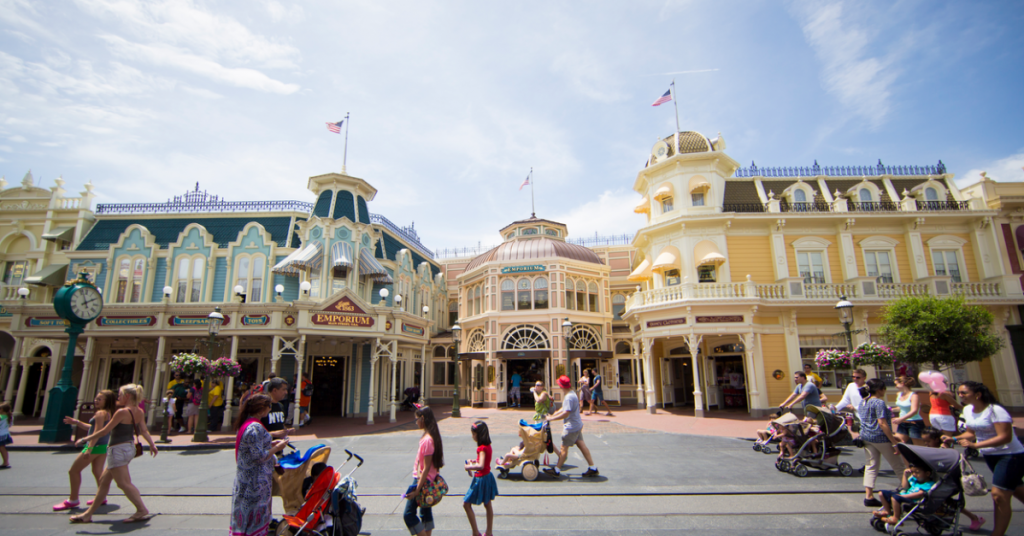 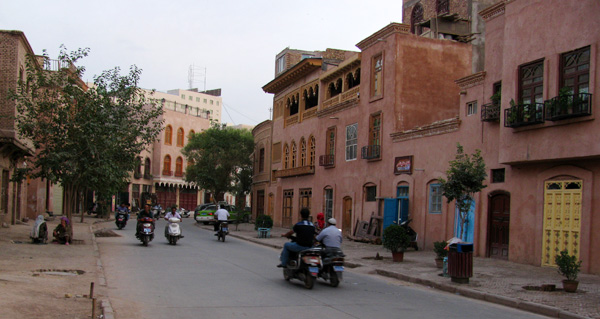 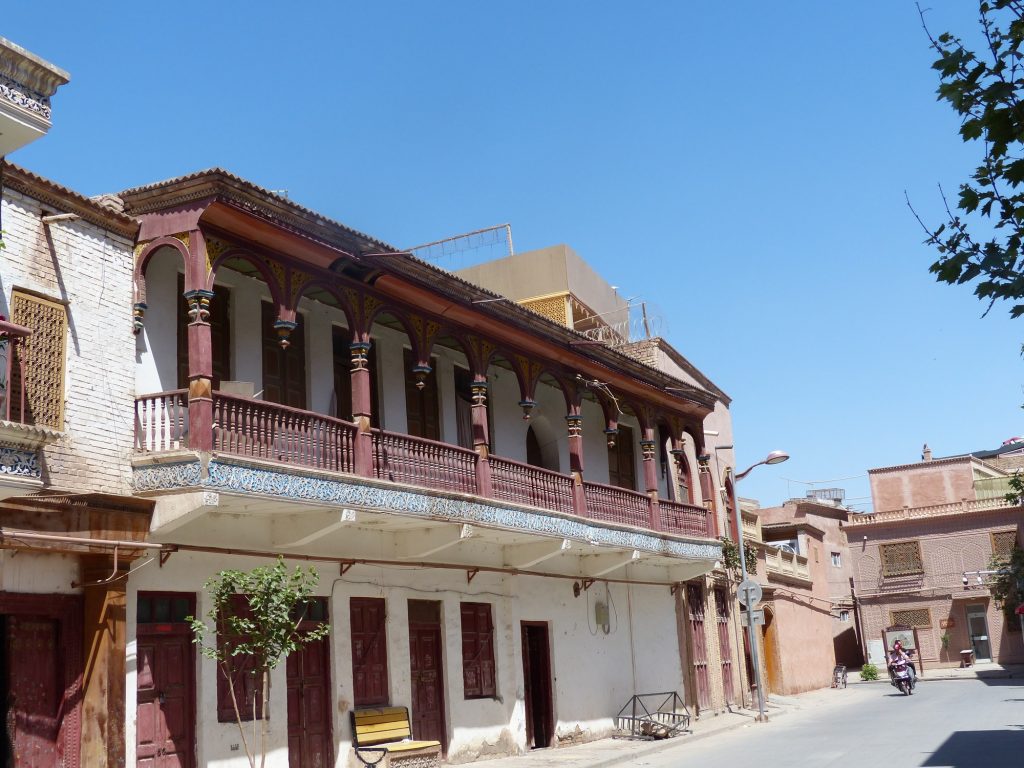 « Before departing for the Xinjiang (or Sinkiang): A check list (2) Section 1: China does not want to create a new Tibet in the Xinjiang »