Opinion of Ella Maillart about Khotan:

Finally, under the bright sun, we enter Khotan. This great city, which I believed, I do not know why, being a museum like Samarkand, disappoints me. At the edge of muddy alleys stagnates a stinking water, the shops are full of flies (…). At Khotan, I shall discover only a few large modern mosques: not a single vestige of the past

We did not find too many muddy alleys, essentially because the Chinese have destroyed almost everything and replaced them by ugly apartment blocks, 20 to 30 storey high, but, as Ella says, “not a single vestige of the past”

Hetian is a relatively big city (population 300.000) in which, as guides says, only the Sunday bazar is interesting. Well, I went there and it is as interesting as a flea market with new Chinese items: It is not even a street market, it is distributed in several buildings, some selling clothes, other textiles, other tools, other is a row of similar shops selling the same products.

In time it is said that there was an animal market there, in which to find the finest donkeys and the fastest camels, but if it exists yet (I suspect that it has been replaced by a truck and tricycle market somewhere) we were unable to find it, and nobody was able to tell us if it existed.

Of course there are glimpses of the true mid-orient life, at the stalls where you can have a delightful yogurt with honey, 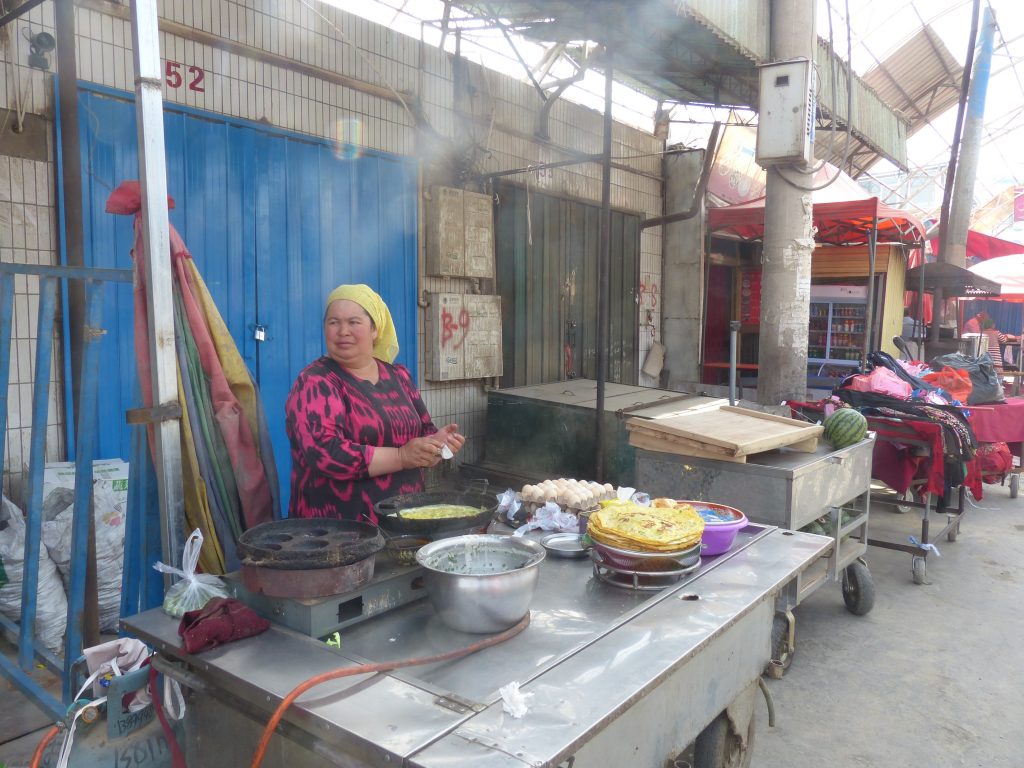 or the street barber 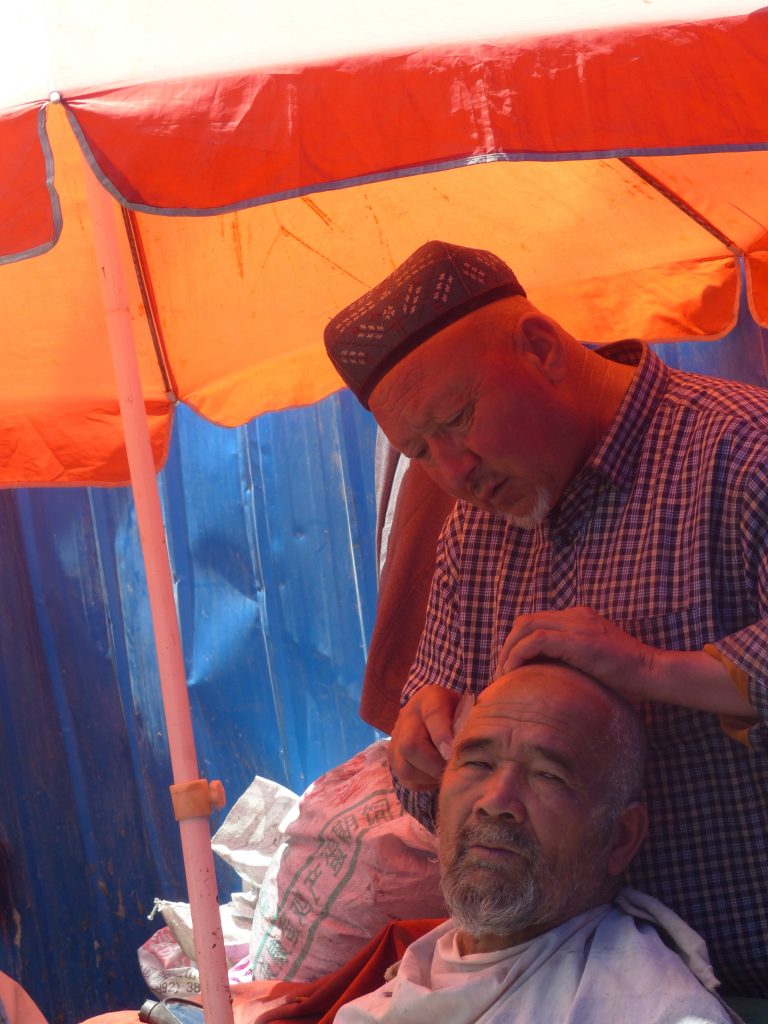 and finally you end at a Uygur restaurant, not really typical, because all restaurants there are similar, in which you eat over a kh’an (a platform) covered with rather dirty carpets 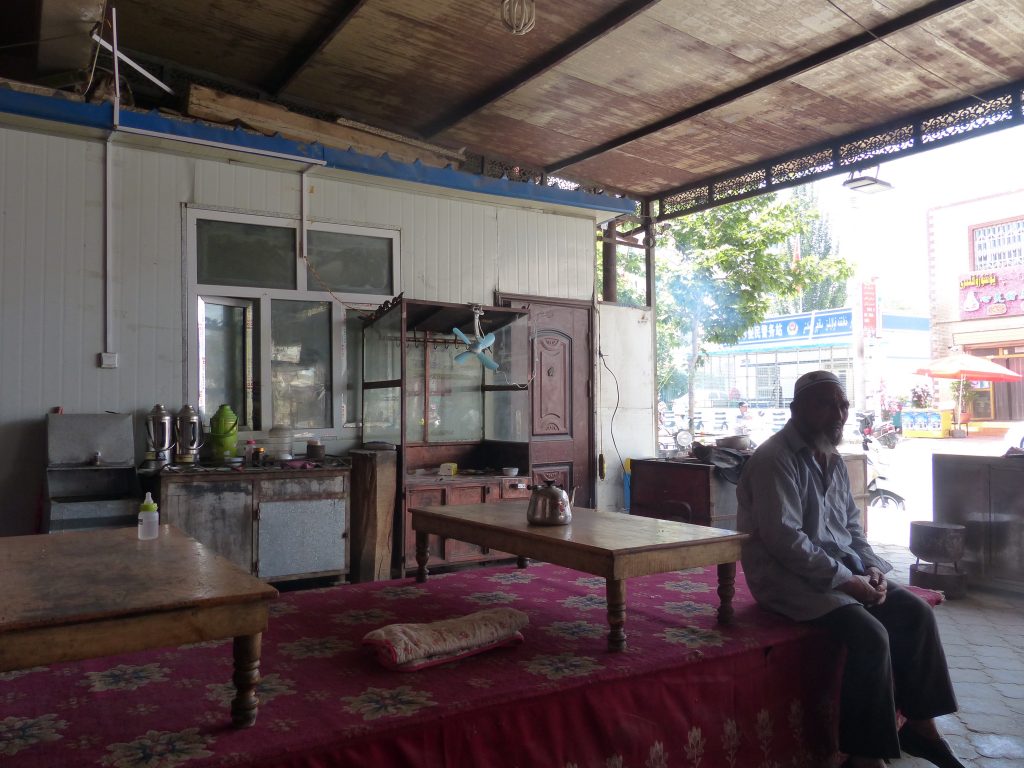 « Section 1: Yecheng (Khargilik), city forbidden to foreigners … or not Section 2: The Takla Makan. From Hetian to Kargilik (900 Km) »