Location names in Qinghai and Xinjiang 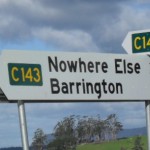 As the followers of this blog (do they exist?) may already know, I follow the footsteps of Ella Maillard and Peter Fleming in Qinghai and Xinjiang.

I thought that locating them in Google Earth should be a straightforward issue, just copying the name they wrote, pasting in Google Earth, and then, voilà, place found!.

Well, it is not like this, there are no place names in the desert. So, our travelers asked our guide. If the guide was mongol, they got a Mongol name. Sometimes they got the Chinese name. But people in this area were essentially Uyghur, so, some names come in the Uyghur flavor. This is all? not really, because each population has their own alphabet. Well, Uyghur had no one, not two, but three alphabets, one of them being Latin, the other Cyrillic and the third Arabic.

Mongol is a little more complex: From Wikipedia: “At the very beginning of the Mongol Empire, around 1204, Genghis Khan defeated the Naimans and captured an Uyghur scribe called Tata-tonga, who then adapted the Uyghur alphabet—a descendant of the Syriac alphabet, via Sogdian—to write Mongol. With only minor modifications, it is used in Inner Mongolia to this day. Its most salient feature is its vertical direction; it is the only vertical script that is written from left to right. (All other vertical writing systems are written right to left.) This is because the Uyghurs rotated their script 90 degrees anticlockwise to emulate the Chinese writing system.

As a variant of the traditional script there exists a vertical square script (Босоо дөрвөлжин), also called folded script, used e.g. on the Mongolian banknotes.”.

Anyhow, the alphabet(s) issue is of minor importance, because herders and guides were, essentially, illiterates. 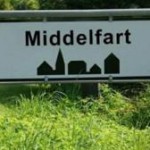 So… when Peter says that they see the Ayak Kum Kul, on their way from Issik (or Issyk) Pakte to Cherchen (or Tchertchen), what place he refers to?

They usually wrote the name of the place in their own phonetic transcription, which depends on the “landing” language, for example, what Ella (who writes in French) spells as Ou (as Ourumtchi or Doulan) is an single U. Peter does not need this, because the French OU is the English U.

They departure name is the Mongol or Uyghur name which has nothing to do with the Chinese name. What they spell Cherchen (Peter) or Tchertchen (Ella), is written in 2000 maps as (Chärchän or Qarqan), but also as Qiemo, which is the Han name, and which will be, probably, the “official” name of the place. So, probably maps will have always the Han name, that people do not know about (or do not want to know, due to political reasons), and sometimes the local name.

If it does not appear (as usual), Google it. It is worthwhile to note that Googleing unusual place names is useless, there are profiles on Facebook for each combination of vowels and consonants.

If you do not find it, search in the US military Place names database.

Once you find the place, you copy military coordinates (easier, as it is a single code, and not two) and you paste them in Google Earth and that’s it, you got the place.!

« If Gorumu is Golmud, where is Teijinar? A journey to the South shores of the Taklamakan. Crew wanted »