Where in hell is the Boron Kol? 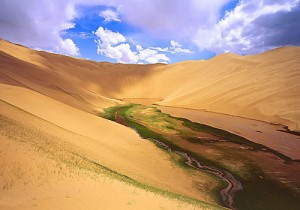 Yes, rivers flow in the desert and became lost in the sands. In China, where everything is bigger than in Texas, even lakes do this.

As we have already seen, Kini and Peter were in Teijinar were they meet Borodishin, and with his help they departed southbound towards a high mountain pass in the Altun mountains, following the “Gorges du Boron Kol”.

But, when we look for it in the Gizi map, this river does not exist. A Google search does not give an answer for the Boron Kol, nor the USA military Index of Geographical names.

Has the Boron Kol disappeared, swallowed in the sands? Did it ever exist? This is not strange in an area where not only rivers, but also lakes disappear. A full lake, the Lop Nor, with historical existence, with a big city (Lou-Lan) on its shores was not there when Sven Hedin passed by… only to reappear 30 year later. As soon as Sven hear about the mysterious lake comeback, he bought a kayak in Beijing (!), added it to his expedition gear (I imagine from here the comments of his camel master – it should be difficult to put anything as long as a small kayak in the humped back of a camel), and here he goes, with the camel train (those were men, anyway!) and the kayak protruding, to have the photo taken… but I will go back to the “Wandering Lake” history, and the Beauty of Loulan, 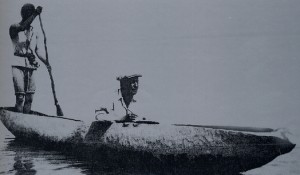 There is no Boron Kol to be found, but from Tajinar a river flows due South, pass some gorges (their caravan goes through the gorges on the afternoon of the second day, more or less 50 km away from their departure point, and the gorges on the map are 60 Km from Urt Moron ), and then takes a NW-SE course, exactly what Peter says. So, the Boron Kol is the Narim Gol!

And Issyk Pakthe was (or is ) in the Altun Mountain Natural Reserve areas near the Ayyakum Hu lake.

We are on their tracks! The map is centered in Cherchen, Issik Pakthe is on the North shore of the central lake due East 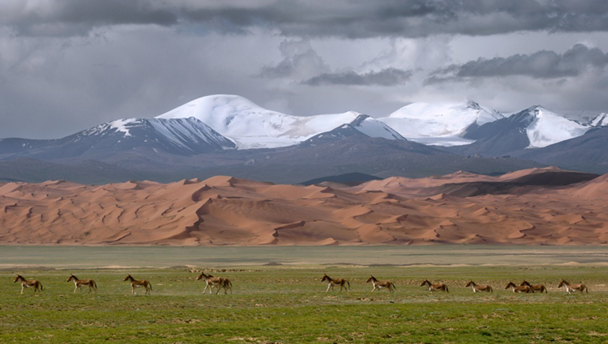 Photos: Lost river in the Sands (near Cherchen)
Sven Hedin on his Kayak
Last Photo: Altun Mountains
Feature Image: Ayyakum Hu
(all photos from the Internet)

One Response to Where in hell is the Boron Kol?