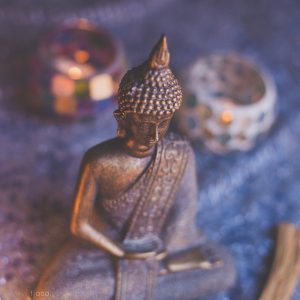 I almost wrote this title “Buddhism for Dummies”, but I am sure that you are not Dummy, nor I can explain buddhism, even to Dummies. Initially this post was about the architecture of Buddhist Monasteries in China, but speaking about Monasteries without details about monastic life and Buddhism had no sense… so, let us start with some brushstrokes on Buddhism and its differences compared to Christianity.

First brush stroke: While Christianity is based on Faith, Buddhism is based on open-mindedness

Second brush stroke: While Christianity speculates on God, Buddhism is centered on human suffering (or even sentient suffering)

Fourth brush stroke: While in Christianity there is one unique, eternal soul per individual, in Buddhism there is no soul, but a rebirthing dictated by the karma of previous actions. The reborn entity has no direct link with the previous one other than the Karma

Open-Mindedness
=============
A disciple must not accept blindly the teachings, but must inquire on them, to finally accept whatever he is prepared to accept. And the immediate consequence is tolerance. There is no absolute truth, each individual follows its own path at its own pace towards enlightment (bodhi), which is the end of the path

Human Suffering
===============
the Buddha said, the urgent need of our existence is to find lasting relief from recurrent suffering, which robs us of happiness and leaves us in strife.

Philosophical speculations are of secondary importance and, anyway, they are best left until after one has well-trained the mind in meditation to the stage where one has the ability to examine the matter clearly and find the Truth for oneself.

Thus, the central Teaching of the Buddha, around which all other teachings revolve, is the Four Noble Truths:

1. That all forms of being, human and otherwise, are afflicted with suffering.
2. That the cause of this suffering is Craving, born of the illusion of a soul.
3. That this suffering has a lasting end in the Experience of Enlightenment (Nirvana) which is the complete letting go of the illusion of soul and all consequent desire and aversion.
4. That this peaceful and blissful Enlightenment is achieved through a gradual training, a Path that is called the Middle Way or the Eightfold Path. 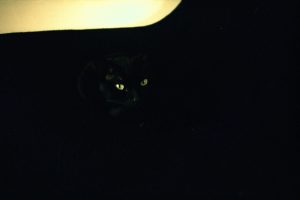 Karma
======
Karma is the law of moral causation. The theory of Karma is a fundamental doctrine in Buddhism. This belief was prevalent in India before the advent of the Buddha. Nevertheless, it was the Buddha who explained and formulated this doctrine in the complete form in which we have it today.

In this world nothing happens to a person that he does not for some reason or other deserve. Usually, men of ordinary intellect cannot comprehend the actual reason or reasons. The definite invisible cause or causes of the visible effect is not necessarily confined to the present life, they may be traced to a proximate or remote past birth.

According to Buddhism, this inequality is due not only to heredity, environment, “nature and nurture”, but also to Karma. In other words, it is the result of our own past actions and our own present doings. We ourselves are responsible for our own happiness and misery. We create our own Heaven. We create our own Hell. We are the architects of our own fate

The Law of Karma can only be understood in the framework of many lifetimes, because it sometimes takes this long for Karma to bear its fruit. Thus Karma and Rebirth offer a plausible explanation to the obvious inequalities of birth; why some are born into great wealth whereas others are born into pathetic poverty; why some children enter this world healthy and full-limbed whereas others enter deformed and diseased… The fruits of bad Karma are not regarded as a punishment for evil deeds but as lessons from which to learn, for example, how much better to learn about the need for generosity than to be reborn among the poor!

Rebirth takes place not only within this human realm. The Buddha pointed out that the realm of human beings is but one among many. There are many separate heavenly realms and grim lower realms, too, realms of the animals and realms of the ghosts. Not only can human beings go to any of these realms in the next life, but we can come from any of these realms into our present life. Understanding that we can come and go between these different realms, gives us more respect and compassion for the beings in these realms. It is unlikely, for example, that one would exploit animals when one has seen the link of Rebirth that connects them with us..

So, what can be said about a Religion without God, as well as a belief system without rules and a faith that encourages to put in doubt everything, even its own teachings? Essentially, the messages

– You should doubt about everything, and be tolerant
– Your goal is the enlightenment, you will find it when you will be ready for it
– You are responsible of your acts, you create your Heaven, you create your Hell
– The fruits of the bad Karma are not a punishment, but a lesson. It is up to you to take either way

are oriented towards adults, people who take in charge themselves and not to kids, that need a “Maître à Penser”, a “Master of thoughts”

« Monasteries in Amdo Buddhist Monastic Life and the Vinaya -1- »