What really can be said about Huatougo? Really nothing, indeed. It is a small village, half way between Magnai and the asbestos mines. But finally we were in Qinghai. Or, better said, we had left the Xinjiang. Which meant that Police will be helpful, instead of suspicious, and that we have left the specie mutton meat.

Said that, there is not a lot more to talk about. A village with two parallel streets, half a mile long, crossed by four parallel streets, with a small market and a lot of bars, occupied by male patronage and drinking tepid beer. It was Saturday night, and already at 6 pm a lot of drunk men were tumbling on the streets. 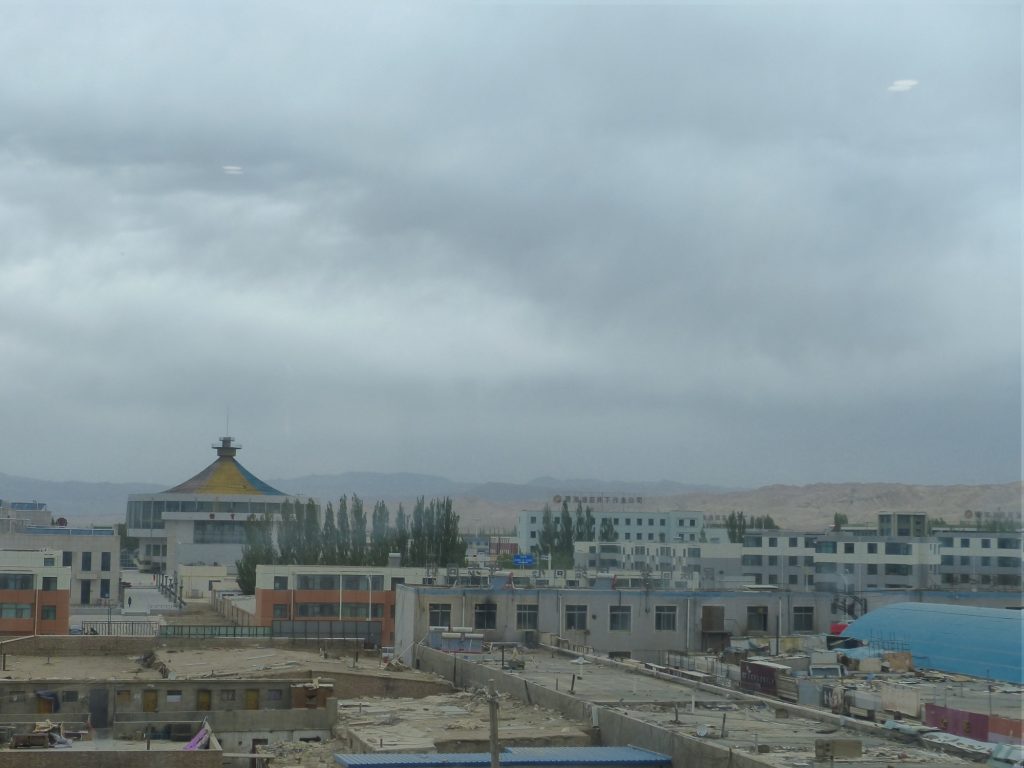 This is a view of the village seen from hotel room, and the usual mix between new Chinese buildings, and old adobe houses

And a view from the market 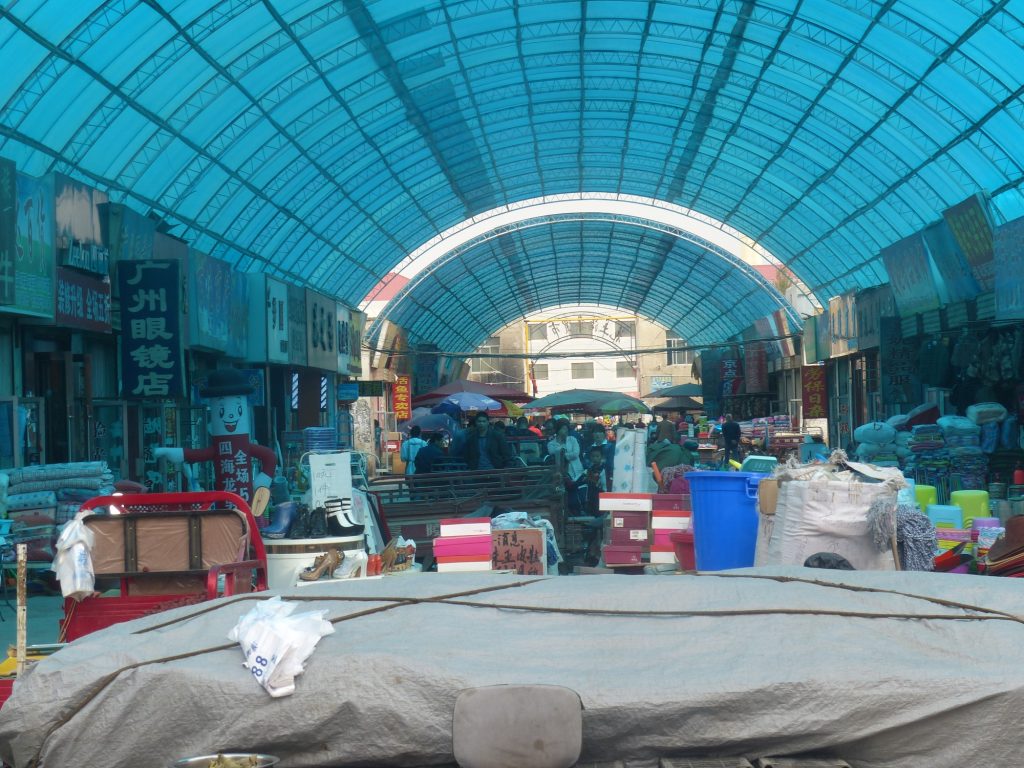 Wonderwoman, after meeting her husband yesterday, and after a long conversation with him told us that, instead of showing us her city, she will give directions to us, so as not to miss anything… but really, other than leaving the village ASAP, I do not know what other directions she can have given to us. Well, of course, there may be a salt lake nearby, surrounded with snow-covered peaks which reflect in its emerald waters or an area in which camels dispute the scarce grass to wild donkeys, but, if these areas exist, she did not tell us, nor they appear on guides. Of course, there is a “Wild Camel Reserve” in this area (may be 250 km away, anyway, in the Altun mountains), but really there is no infrastructure like tours, or taxis that go there. And experience shown us that shared taxis are used to go from a city to another city, and not really keen to leave the routes they know.

So, we planned to leave Huatougo ASAP, and if possible by car, because there is only one early morning bus and we have missed it.

I stopped a Police Patrol car to ask the offer how we can go to Golmud, other than by bus, he “adopted” us and he drove us in his patrol car to the taxi station, where he helped us to negotiate a fair price. In the meanwhile I saw the Chinese copy of the Land Rover Freelander, called Land Wind here it is 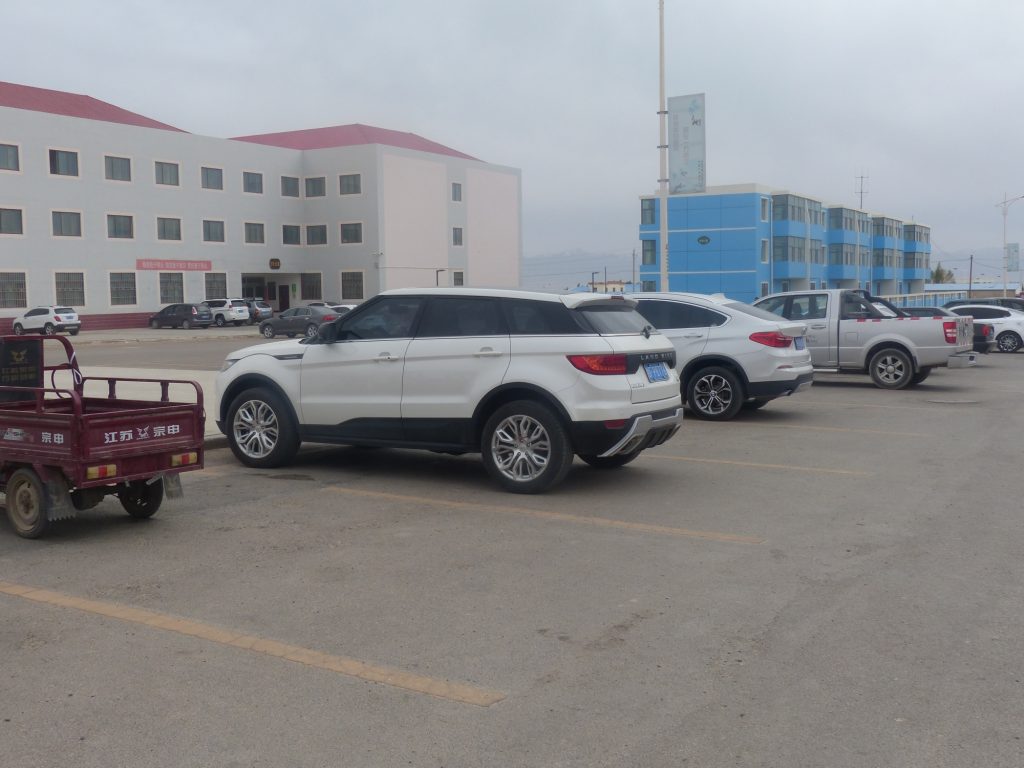 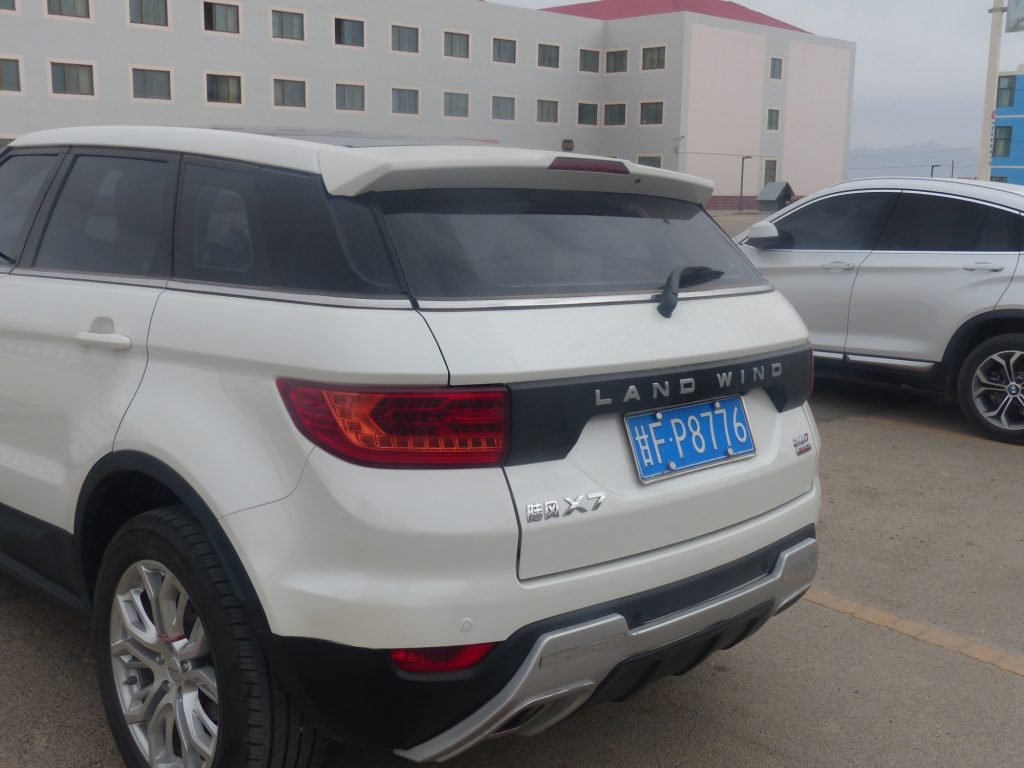 We had some selfies taken (I declined to be photographed in his Humvee-like Police car), we had a wonderful dim sum breakfast, and there we went, 10 hours drive in a car full of people (again) to go from Huatougo to Golmud, through oil fields, salt lakes with the Altun Mountains as the background… but, alas, the drive was long, and it was impossible to ask the driver to stop 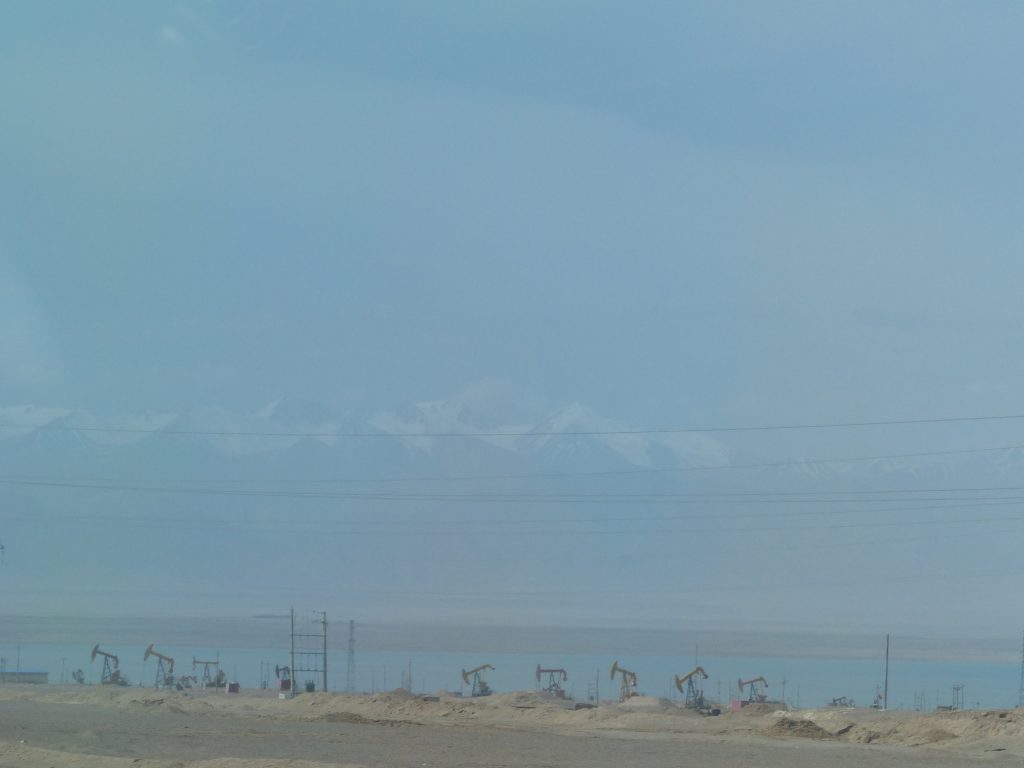 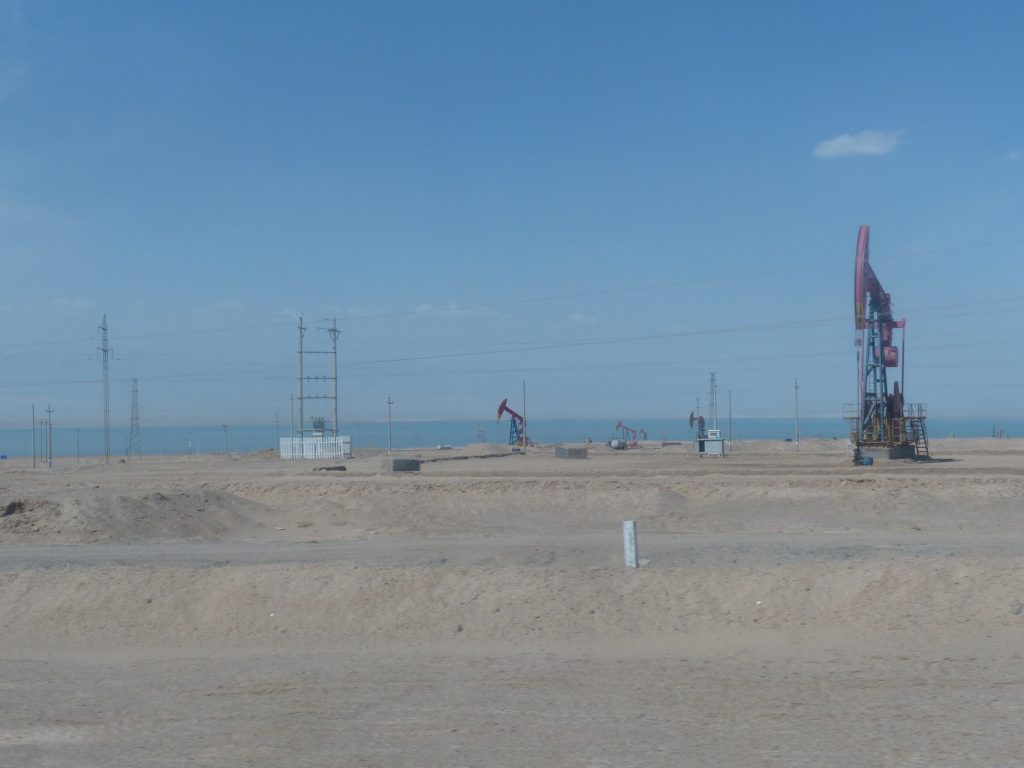 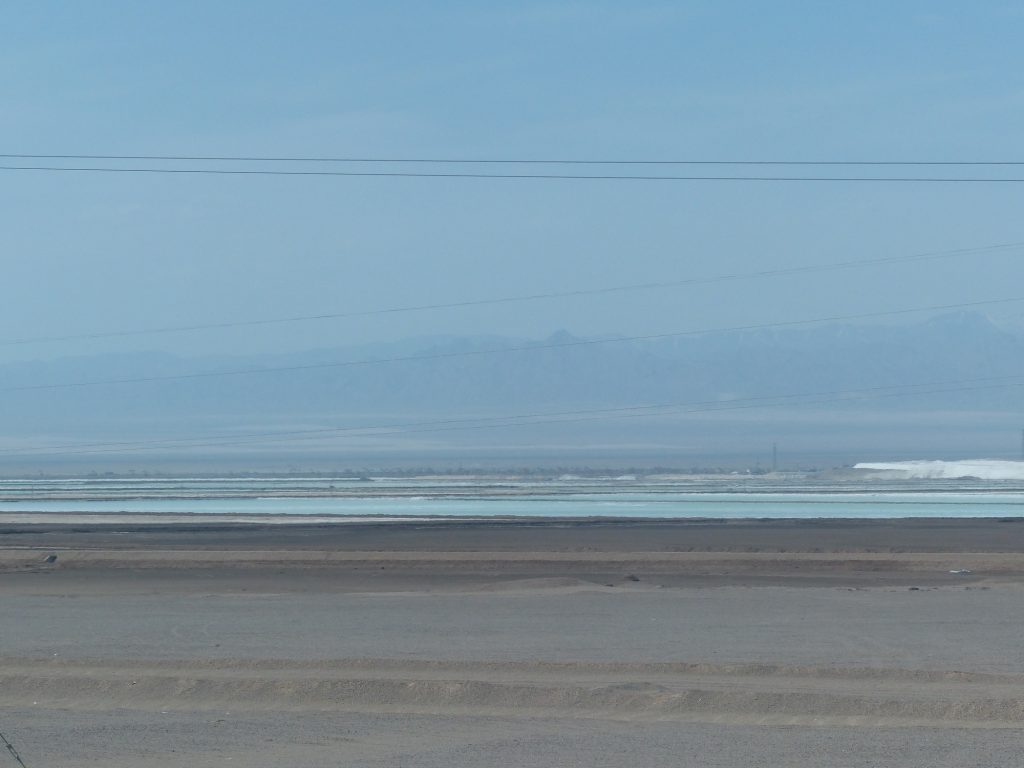 And no, we did not saw Teijinar